The Belledune Port Authority (BPA) in Canada has teamed up with Cross River Infrastructure Partners, a U.S.-based project development company focusing on climate-positive technologies, to pursue the use of advanced small modular reactor (aSMR) technology.

The development proposes to use aSMR from ARC Clean Technology Canada (ARC) to generate a minimum of 1GW of zero-emission firm heat and power for industrial users at the port’s recently announced Green Energy Hub.

Small modular reactors are advanced nuclear reactors that have a power capacity of up to 300 MW(e) per unit, which is about one-third of the generating capacity of traditional nuclear power reactors.

As informed, the project would be part of the port’s future expansion at the northern New Brunswick port.

The Green Energy Hub is a special development district on the port lands intended for clean energy projects, along with complementary, low-carbon industries to support northern economic growth. It is a key piece of the port’s recently announced 2022-2052 Master Development Plan.

“We look forward to exploring the use of aSMR technology as part of our portfolio of clean energy projects at the Green Energy Hub, along with new wind energy developments, solar and biomass, as well as leading edge energy storage solutions,” said Belledune Port Authority President and CEO Denis Caron.

“We anticipate significant First Nations and community interest in this project and will ensure the proponents provide informative and timely engagement opportunities for northern New Brunswickers. Maintaining and sustaining these relationships is critical to our collective success.”

The aSMR project would see the development of an ARC-100 unit to serve as an energy source for expanded hydrogen production and other industries based at the port, which may include metal fabrication and advanced manufacturing.

In August, the BPA announced an agreement with Cross River to develop a hydrogen facility powered by green-certified energy that would produce ammonia fuel for export. The facility would be located at the Port’s Green Energy Hub.

“One of the key advantages of the ARC reactors is their ability to provide a tremendous amount of high temperature steam and power in a small space. As they are utilizing proven technology, we believe the ARC-100 is the best advanced nuclear reactor to provide as an energy solution for heavy industry,” said Andrew Wilder, CEO of Cross River Infrastructure Partners.

The proposed project is in traditional Mi’gmaq territory with Pabineau and Eel River Bar First Nations located adjacent to the port. These communities are part of a broad relationship, consultation and engagement protocol agreement signed between the port and New Brunswick’s eight Mi’gmaq communities in 2018.

Chief Terry Richardson of Pabineau First Nation and Chief Sacha Labillois of Eel River Bar First Nation welcomed the development noting that they look forward to the public consultation process related to the environmental and economic benefits for the region.

New Brunswick Minister of Natural Resources and Energy Development Mike Holland says the proposed Belledune project has the potential to enhance Canada’s position in the development of aSMR solutions worldwide.

In 2018, ARC Clean Technology launched a demonstration project for the ARC 100 unit at NB Power’s Point Lepreau Nuclear Generating Station (PLNGS) as part of Canada’s SMR Roadmap. Pending regulatory approvals and licensing, the PLNGS unit will be commissioned by 2029. ARC’s proposed project in Belledune would provide added scale for New Brunswick and could serve as a model for ARC’s technology to be used as a direct energy source for industry.

“It is an obvious choice for industrial implementation, and the Belledune application will make New Brunswick a leader in the development and deployment of small modular reactors in Canada and abroad.” 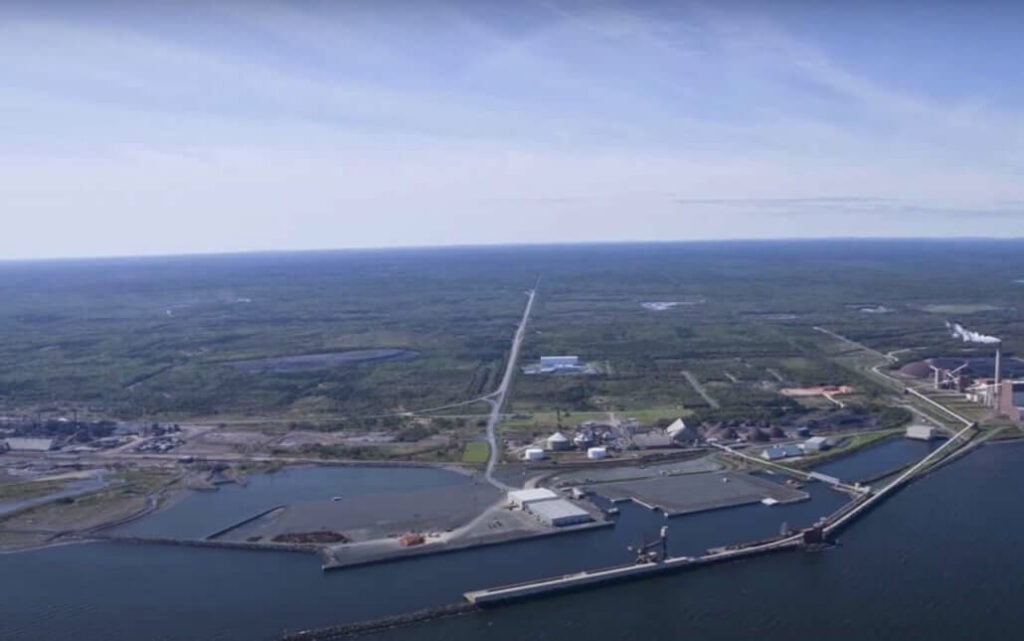