The scope of work included the design and construction of an LNG jetty constructed on drilled and grouted pin piles with a maximum length of 55 metres, located approximately 5km offshore and with a seabed level at -18 metres, according to a Besix statement.

“Many aspects of the project have been quite challenging, such as completing the offshore works in the open sea, including the specialised equipment and offshore teams required to complete the ultra-optimised design,” said Yasser Laroussi, Besix manager in Bahrain.

“Unfortunately, we also had excessive delays due to bad weather. This, coupled with challenging logistics and the tight schedule, added additional pressure to the team, but we tackled those challenges successfully and completed all the contractual milestones on time,” added Laroussi.

Construction on the terminal commenced in November 2016, with the first permanent pile completed by the end of May 2017.

All permanent works were completed in only 14 months, with a total of 3 million man-hours with zero lost time incidents, Besix said adding that the project handover was completed on September 4.

The LNG import terminal forms a vital part of the energy infrastructure of Bahrain as it provides the country with a secure supply of  to meet the country’s growth in demand for natural gas in order to fuel large industrial projects, to generate power and water, and for enhanced oil recovery, the statement said.

Bahrain LNG is owned 30% by The Oil & Gas Holding Company (nogaholding), 30% by Teekay LNG Partners, 16% by Samsung C&T and 24% by the Gulf Investment Corporation (GIC). 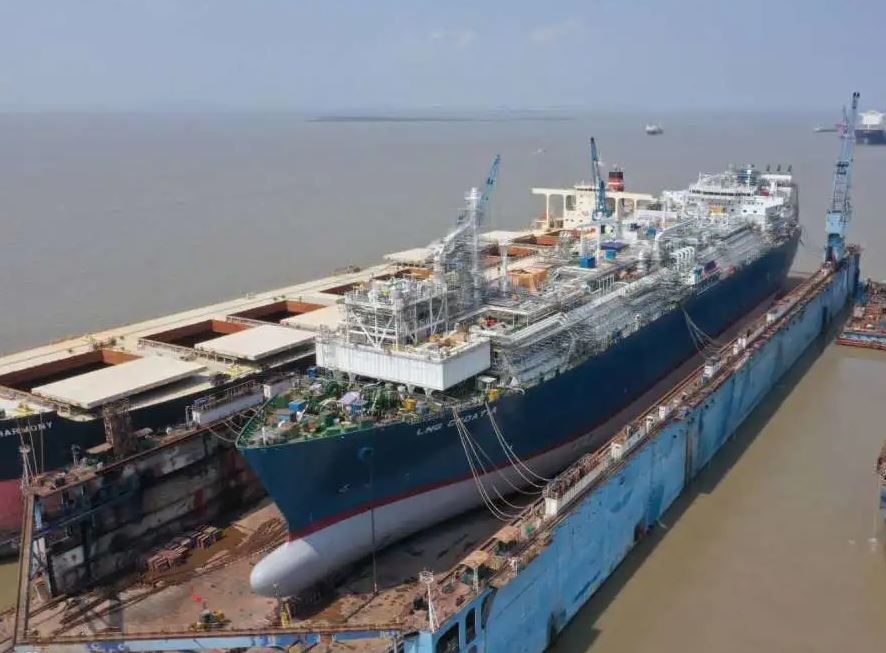