Back to overview
Home Green marine BIMCO: A look into 2020 fleet growth

BIMCO has released an overview of the three main shipping sectors and their respective fleet growths so far this year taking into account the impact of the COVID-19 and other geopolitical developments on the global trade.

The dry bulk fleet has seen both deliveries and demolitions rise over the course of the pandemic while contracting has fallen steeply.

So far this year, the dry bulk fleet has grown by 2.8% and breached 900 million deadweight tonnes (DWT) for the first time. Currently, at 903.3 million DWT, BIMCO expects full-year growth to reach 3.5%.

On the other hand, the orderbook has fallen to 63.4 million DWT, its lowest level since April 2004. Deliveries have risen by 7.8 million DWT from this time last year, with 33.9 million DWT of new capacity arriving on the sea in the year to date.

Of this, just less than half of the tonnage comes from the 70 new Capesize ships that have been delivered (15.5 million DWT). Given that an average Capesize ship carries six loads a year, these new ships can carry 495 loads (200,000 tonnes) a year.

The pandemic and the poorer outlook have caused a 59.1% fall in contracting activity, as owners have not wanted to invest during a recession plagued by uncertainty. Only 108 new dry bulk ships have been ordered in 2020, totalling 7.5 million DWT, BIMCO’s data shows.

The container shipping fleet has grown by 1.6% since the start of the year, reaching a total capacity of 23.2 million TEU. BIMCO expects that, over the whole year, the fleet will expand by 2.1%, which will mark a four-year low.

The association expects a total of 300,000 TEU to be demolished this year, so far this year 169,647 TEU have been demolished. The reopening of demolition yards on the Indian subcontinent, and the poor conditions in the container shipping charter market, saw owners pushed to getting rid of some of their older and substandard ships between June and August.

“Though these used to be among the largest container ships sailing, they are now far outclassed by the latest deliveries, and given the cascading that has resulted in ever-larger ships on smaller trades, it has proven unattractive to keep these ships trading, even on the smaller trades,” BIMCO said.

So far this year, four ships above 6,000 TEU have been demolished. The pandemic has also greatly dampened the appetite for new ships; in the first eight months of this year, contracting activity has been 33.5% lower than last year, as only 162,834 TEU has been ordered.

This, combined with a normal pace of deliveries, has sent the container shipping orderbook to its lowest level since September 2003.

BIMCO expects demolition activity to rise as freight rates and actual demand for tanker shipping falls, with total crude oil demolition coming to 7.5 million DWT in the full year and 1 million DWT of product tankers being demolished. So far this year, 547,334 DWT of oil-product tankers have been removed.

Over the full year, BIMCO expects that the oil product tanker fleet will grow by 2.7% and the crude oil tanker fleet by 2.4%. This represents a marked slowdown from last year, when they grew by 4.6% and 6.2% respectively. Total tanker deliveries have totalled 16.2 million DWT so far this year, a 43.9% drop from last year.

This slowdown in fleet growth will continue in the coming years, as the pandemic has lowered contracting activity. Contracting for crude oil tankers has fallen by 37.9% so far this year compared with last, BIMCO said.

At 4.1 million DWT, product tankers is the only segment in which there have been more new orders in the first eight months of this year than the same period of last year (+31.9%). Ten of these orders are for a series of 50,000 MR tankers placed by Bahri.

The lower contracting activity fits with the poorer outlook, which is also reflected in the value of second-hand tankers. 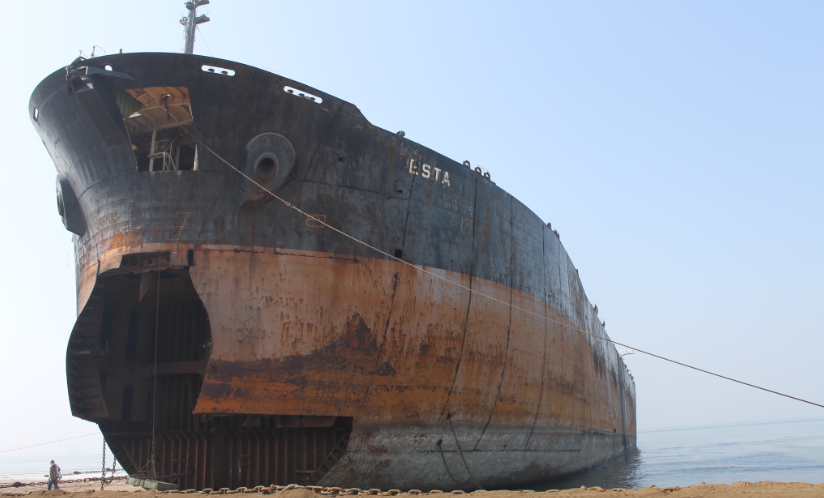