An integrated part of this soft landing is the evidence of the shifting focus on shipping segments away from the mainstream merchant vessels like dry bulk, tanker and container ships towards the work vessels that primarily serve the offshore oil industry.

Moreover, there is also a clear trend in sizing up and focus on larger ship types for the new orders placed in the offshore segment. The fact that numbers are “only” up by 20% whereas the capacity, as measured in terms of Compensated Gross Tonnage (CGT), is up by 42% illustrates most of all the large appetite for sophisticated tonnage like FPSO/FSO (+83%) and drilling ships (+75%). The combined force of FPSO/FSO and drilling ships is representing 72% of the offshore orderbook today, up from 51% in December 2011. In addition to this the offshore orderbook also holds the longest lead into the future with a bunch of Brazilian drilling ships due for delivery in the five years leading up to 2021.

Sand,Chief Shipping Analyst at BIMCO, Peter says: “While the shipyard overcapacity remains considerable, the excess capacity is being redirected towards other segments, a.o. the offshore oil industry. In the perspective up to 2020, every indication points in the direction of a soft landing for the yards in terms of how they fill the excess newbuilding capacity. The shipping industry, on the other hand, will continue to be impacted by the overhang of tonnage for at least a few more years.”

What have been the most significant changes?

The short to mid-term future for shipyards, as it appeared in December 2011, has changed dramatically in the following 15 months leading up to the March 2013 status. The massive postponements, delays and cancellations have had a dampening effect on the estimated output of 2011-2013 which now provide the stairs down to the “new normal”, as compared to the three “50+ million CGT peaks” of estimated output 15 months ago. The previous forecast then saw a steep decline to 40+ million CGT in 2014 and 30+ million CGT in 2015 which was also the bottoming out. For the longer term future the estimated total output for 2014-2020 remains the same albeit the turning point, and the degree of the upward going slope has been pushed two years into 2017 with a lower growth rate going forward from there.

For the combined world merchant fleet (e.g. dry bulk, tankers, container ships) and work vessels (e.g. AHTS, FPSO, offshore support vessels) that we have taken into consideration while doing this analysis, the fleet (in numbers) will grow from 83,177 at the start of 2013 to hit a number just shy of 100k at 99,357 by the end of 2020.

By looking into the variation amongst the five overall segments, they are each projected to follow a path of their own from the start of 2013 to the end of 2020, with tankers growing the least at 14% (in numbers) and the offshore segment to grow the most at 38% (in numbers).

The true numbers of shipyard capacity is very hard to come around, but with the thin red line and the red area we have indicated the extent to which shipyards have been able to build in the past in combination with recent closedowns. It remains, however, that overcapacity is unlikely to disappear from the surface of the earth, but vacant yards are likely to seek somewhat different employment as new orders are dwarfed by newbuilding slots available.

Peter Sand says: “Looking a bit ahead, the shipyard industry will probably settle in at a solid level of demand in the 30+ million CGT regions with positive growth rates going forward. As the world fleet as such is projected to be almost 20% larger seven years on from now – the need for fleet renewal, fleet repair, demolition or the like will be strong, keeping the shipyards busy once again”. 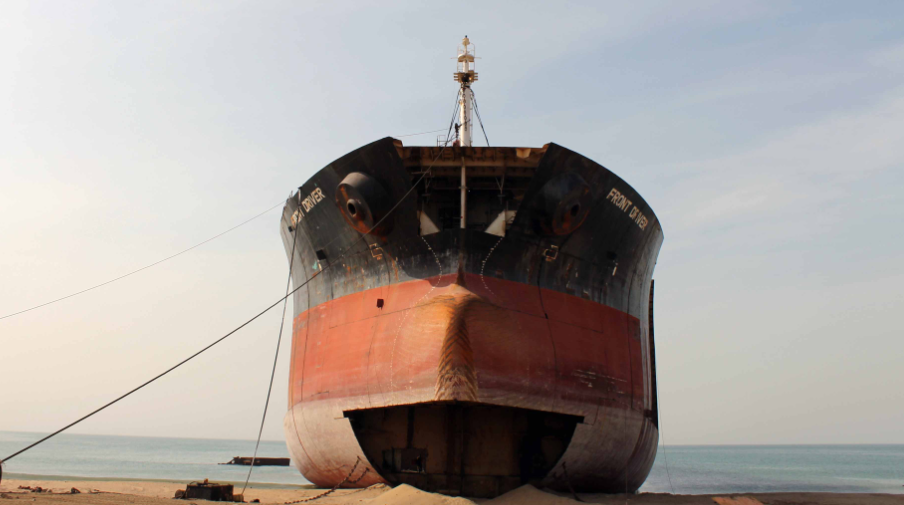