Market trends and very good feedback from the first ship in operation triggers Blue Ship Invest to contract another four platform supply vessels (PSVs) of the PX121 design from ULSTEIN. All four are scheduled for delivery in 2013.

“The investment company Blue Ship Invest received its first vessel, ‘Blue Fighter’, from Ulstein Verft in January this year, and will receive the second vessel in Q3. “’Blue Fighter’ has been working for the oil company Apache for several months, and we have received very good feedback from Remøy Shipping, who manages the vessel on our behalf. The feedback, combined with developments in the PSV market, leads us to contract a series of another four PSVs of the same design,” says CEO Gunvor Ulstein in Ulstein Group.

Gunvor Ulstein adds that while ULSTEIN’s expertise is in design, system solutions and ship construction, ship management is not a part of the company’s business scope. “We will make arrangements for the management of the vessels, but I emphasize that all six vessels are for sale,” she says.

Captain Inge Gjelsten gives ‘Blue Fighter’ the following assessment: “I have worked on board several newbuilds, but ’Blue Fighter’ is the best of them by far. A vessel of this type is my preferred choice for the North Sea. ‘Blue Fighter’ is remarkably efficient and comfortable in all weather conditions. Wind and seas have little impact on the vessel’s performance compared to conventional PSVs. We can compare performance directly when steaming on the same tracks to the oil fields: With the same weather conditions and 3-5 metres head sea within 30 degrees of the bow, our ship can easily and comfortably maintain a speed of 12-13 knots, while the other vessels have to reduce their speed to 7-8 knots. The higher speed is a result of the ‘X-BOW® effect’. Also, due to the position of the stabilisation tanks on board, ‘Blue Fighter’ operates extremely well when wind and seas approach from the side.”

PX121 is a medium-sized platform supply vessel, with a length of 83.4 metres and a beam of 18 metres. It has a cargo deck of 875 square metres and a load capacity of 4200 tonnes (dwt). It has a maximum speed of approximately 15 knots and modern accommodation for 24 persons.

Efficiency and flexibility has been the focus in the development of this design. The ship is adapted to the requirements for longer and deeper boreholes and activities further from shore. In addition to tanks for oil, water and drilling fluids, the vessel has four stainless steel tanks for flammable liquids. The vessel is equipped with a dynamic positioning system Class II and meets the requirements of DNV’s Clean Design and ICE-C notations. The ship is also equipped with catalysts for all four main engines.

The X-BOW® hull line design offers efficiency over a wide draught range, which is important for PSVs as they frequently operate with varying loads. Moreover, the X-BOW has unique, advantageous qualities in terms of motion and propulsion efficiency in moderate and heavy seas. Both the hull and choice of propulsion system make the vessel particularly suited for North Sea and North Atlantic conditions. 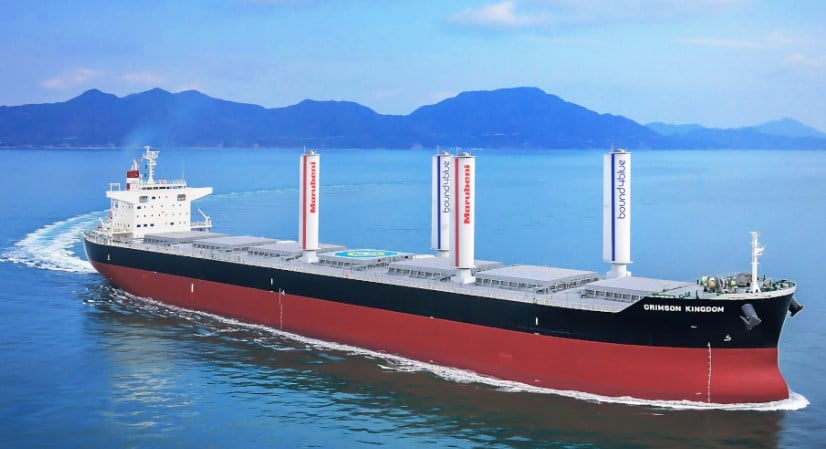