Offshore drilling contractor Borr Drilling has sold one of its warm-stacked jack-up rigs for a price tag of $120 million.

Borr Drilling informed on Thursday it had entered into an agreement to sell the jack-up drilling rig Gyme for a price of $120 million to an unrelated third party. Built by PPL Shipyard, the Gyme is a 2018 PPL Pacific Class 400 located in Singapore and has not been activated or contracted since its delivery in 2018.

As explained, the sale of the rig is an undertaking by the company under its most recent refinancing with PPL Shipyard, which was completed in early October 2022. The proceeds from the sale will be applied to all outstanding amounts owed on the rig, and excess amounts will be applied to the capitalised interest for the eight other rigs financed by PPL. The transaction is expected to close in the fourth quarter of 2022.

In related news, Borr and Keppel earlier this week entered into an amended and restated framework deed to accelerate deliveries of three rigs and defer two others.

A couple of weeks ago, two other Borr-owned rigs started their journey to the Middle East for their maiden contracts with Aramco. The rigs were transported on board Boskalis’ heavy-lift vessel, Mighty Servant 1, which was expected to reach the port of Dammam, Saudi Arabia on 7 October 2022. According to the latest AIS data, the vessel is now en route to Singapore where it is expected to arrive on 28 October. 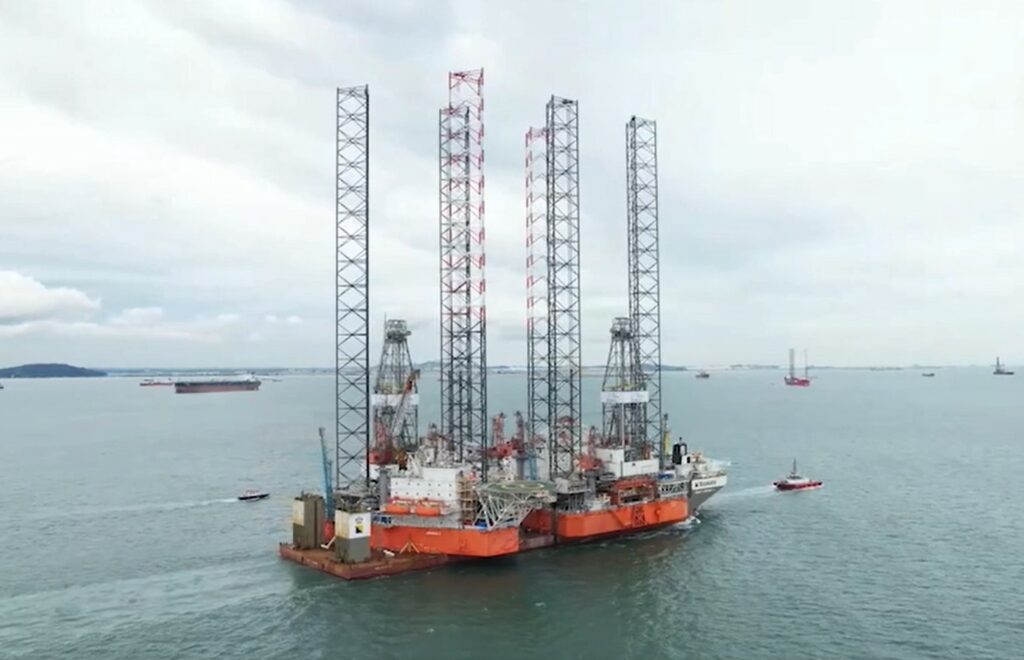