Brazil’s Agencia Nacional do Petroleo on Thursday , November 24, carried out an overflight with Navy helicopter to inspect the oil slick near the Chevron operated Frade offshore oil field.

The agency said on its website that the slick has decreased in size and that it continues to move away from the coast. From visual observation, the slick is about 3.8 km long and takes about 1km² of the area.  One can still see the upwelling of the oil on the surface, according to ANP’s website.

However, the agency pointed out that, as the leak occurred at the great depth, it takes considerable time for the oil from the seabed to reach the surface. Thus, other oil marks that arise do not necessarily represent a new leak.

IBAMA received no notification on wildlife potentially affected by oil.

The agency said that the monitoring group formed by ANP, IBAMA and the Navy of Brazil would continue to monitor the situation development and the measures being utilized by Chevron to contain the oil leak off the coast of Rio de Janeiro.

U.S. oil giant has taken responsibility for the spill and it has to pay the penalty of USD 28 million so far. Chevron has also been ordered to temporarily halt all drilling operations offshore Brazil. 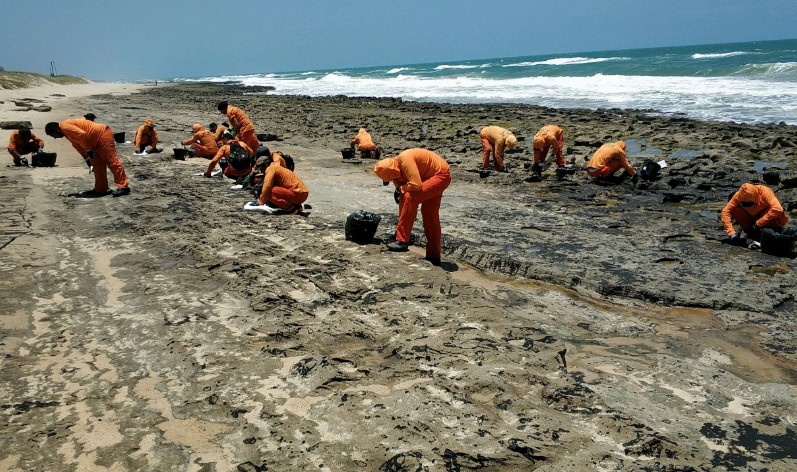