Brazil’s offshore construction specialist, the Estaleiros do Brasil Ltda. (EBR), has been selected by Japan’s MODEC for the fabrication and assembly of a number of topsides process modules for a floating, production, storage & offloading (FPSO) system, the FPSO Guanabara MV31.

EBR said that the scope of work to be carried out at the EBR shipyard, located in the city of São José do Norte, Rio Grande do Sul, Brazil, includes the fabrication and assembly of modules which comprise the topsides water treatment system for the FPSO unit.

The project will start in the first quarter of 2019 with a twelve-month delivery schedule, the company added.

The FPSO Guanabara MV31, currently being built by MODEC, will be contracted by Petrobras through a lease and operate contract for the Mero field, where the FPSO unit will be installed. The FPSO is planned to be deployed at the Mero field in 2021 and the charter is for 22 years.

The Mero field is located about 180 kilometers off the coast of Rio de Janeiro, Brazil at a water depth approximately 2,100 meters. It is currently being developed by the Libra Consortium, composed of Petrobras (operator), Shell, Total, CNPC & CNOOC. The Libra Production Sharing Contract is managed by Pré-Sal Petróleo S.A. (PPSA).

According to EBR, when complete, the FPSO Guanabara MV31 will have a processing capacity of up to 180,000 barrels of oil per day and 12 million cubic meters of gas per day.

Sateesh Dev, President & CEO of  MODEC Offshore Production Systems, said: “After a detailed request for proposal & clarification process, MODEC is pleased to have selected EBR for this scope of work on the first FPSO unit being delivered to Petrobras & the Libra Consortium for the pre-salt Mero field in the Santos Basin.” 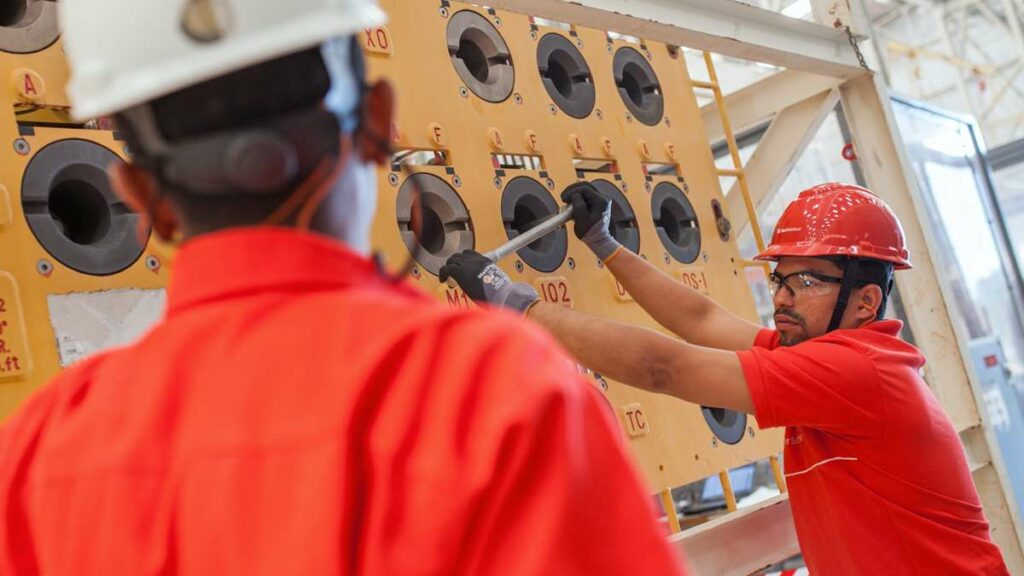