The online delivery signing ceremony was held on December 22.

The dual-fuel LNG-powered ferry has been chartered by Brittany Ferries on a long-term basis.

Stena RoRo has an agreement with Brittany Ferries for long-term charters of five E-Flexers of a total of twelve vessels Stena has on order at the Chinese shipyard. Brittany Ferries took delivery of the first vessel from the series, Galicia, in 2020. Its sister vessel Salamanca was delivered at the end of 2021 and it is the first to be fuelled by LNG.

Santona was classed by DNV Classification Society and it is compliant with the IMO Tier III requirements. It has a length of 214.5 meters, a width of 27.8 meters, and a design speed of 23 knots. The ferry has a lane length capacity of 2,705 meters and can accommodate 1,015 passengers.

It has been designed in line with the Safe Return to Port (SRtP) requirements which means that its essential systems remain operational after a fire casualty that does not exceed the casualty threshold or flooding of any single watertight compartment so that the ship is able to proceed to a safe port under its own power.

The LNG-powered ships will also feature:

As disclosed by Stena, the construction of the E-Flexers is based on a design developed for flexibility, and each vessel is tailored to customer needs, in this case, Brittany Ferries.

Brittany Ferries has taken on two more LNG-powered E-Flexer ferries on long-term charters. The remaining two ships are slated for delivery in 2023-2025. 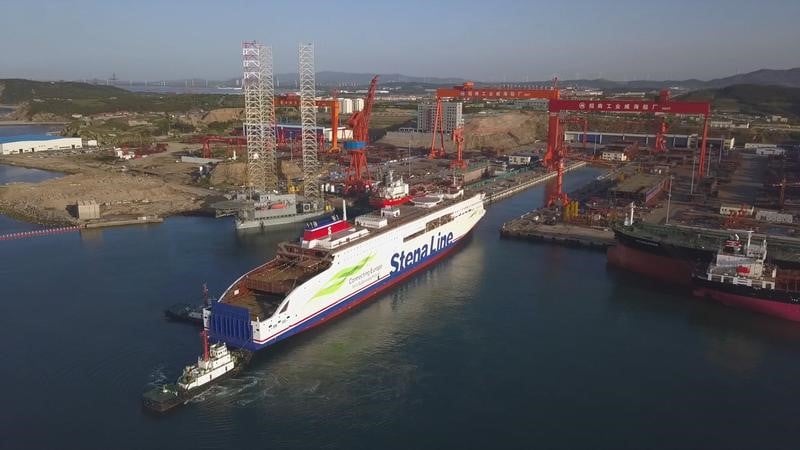