Governor of California Gavin Newsom has issued an executive order which exempts vessels calling at Californian ports from using shore power to conserve energy and mitigate the impact of the ongoing heat wave.

Newsom proclaimed a state of emergency on August 31 through to September 7 amid record temperatures across the state which have been 10-20 degrees above normal, putting a significant strain on California’s energy grid.

Greater demand for energy combined with power outages at certain plants as well as loss of supply due to power plant shutdowns caused by fires has prompted efforts to conserve electricity where possible to avoid additional disruptions.

The California Independent System Operator, which runs the grid, has issued a warning saying that multiple generators have been forced out of service because of the extreme heat, asking residents to conserve energy to avoid possible power outages.

Since advanced lead time is required for ports and operators of ocean-going vessels to maximize power conservation, the executive order has instructed that:

The exemptions from the order are reminiscent of August 2020 when California experienced a heat wave and subsequent rotating outages.

California has approved a new regulation designed to further reduce pollution from ocean-going vessels while docked at the state’s busiest ports.

The updated rule adds new vessel categories which will be required to control pollution when they run auxiliary engines or auxiliary boilers while docked, namely auto carriers and tankers. 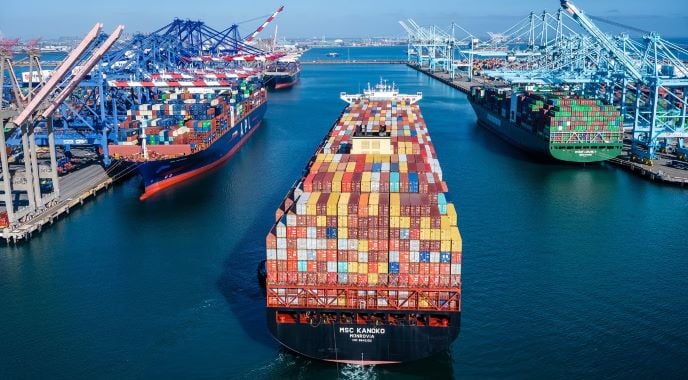 25 pct of ships in California will have to use green hydrogen fuel cell electric propulsion by 2045
Posted: 17 days ago
NSW Government fast-tracks shore power project in Sydney
Posted: 24 days ago
Premium
Core Power CEO: Biggest ships can benefit the most from nuclear power
Posted: 4 days ago