Cap Energy is working to progress its interests in Guinea-Bissau. Sitting in the same basin as the Senegal assets, the prospective leads are distributed across a carbonate shelf that passes abruptly to deeper water to the west.

As the deepwater geology of Cap’s Block 5B (BECUDA) is analogous to that of the FAN-1 location in Senegal, Cap plans to use the results of Cairn’s well to look for similar prospects in its Guinea-Bissau acreage.

This will become more accurate when tied into a 3D survey planned to begin in November 2014 over Block 5B. The company believes that the presence of source rock in FAN-1 increases confidence that it is also present in Guinea-Bissau.

In addition, seismic survey operator Polarcus has carried out two 3D surveys offshore Guinea-Bissau separate to Cap’s blocks, which have identified several fan systems on the shelf edge similar to those in Senegal.

Preparations are being finalised for the Block 5B survey to de-risk the leads identified on 2D seismic. The majority of leads here sit on the shelf, in water depths between 1,125m and 3,150m, although some sit in water depths of 3,200m to 3,500m. The P50 STOIIPs are mostly over 100mmbbls, with the largest assessed at 2,433mmbbl. 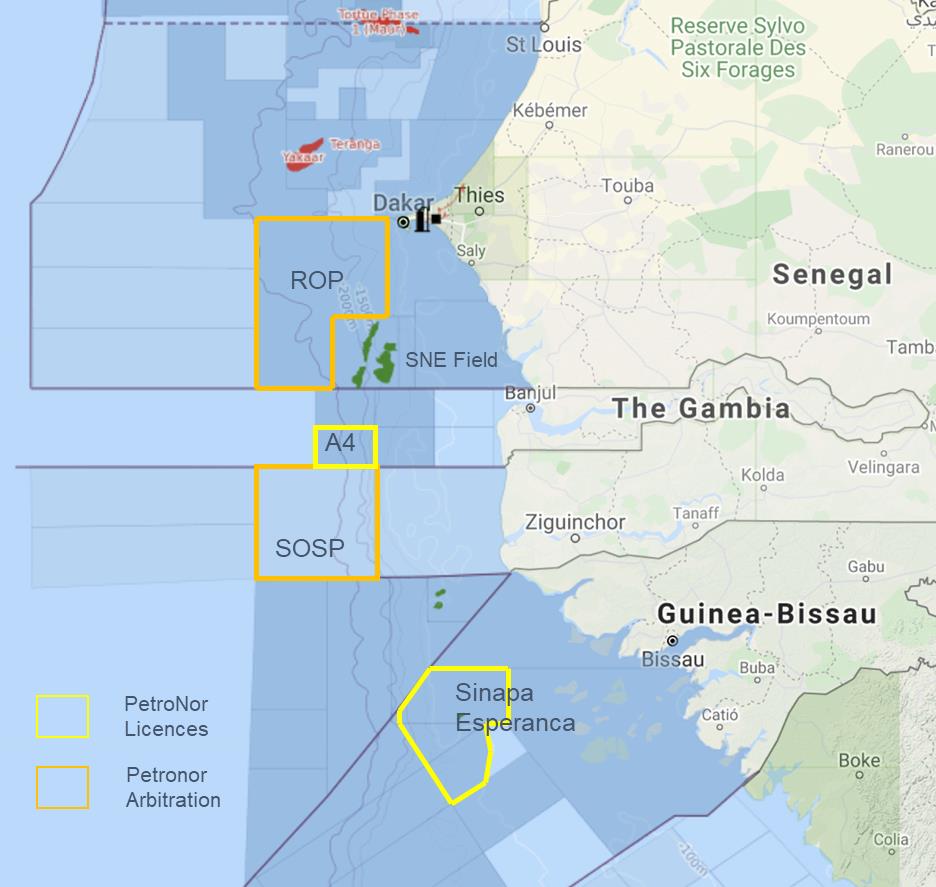