One year ago the analysts of Bloem Doze Nienhuis warned for the effects of the overcapacity in the world fleet, and later in 2013 published an alarming report on the situation in short sea shipping. Although there are still massive challenges in the market, slowly some signs of restoration are being witnessed in Europe.

According to the analysts of PIMCO, the global economy in 2014 will show an average growth of 2.5% to 3% in 2014. The USA would further attract because of rising production and private consumption (+2.25 % to 2.75%), and China stabilises at 7% because of recovering external demand from the western economies, and the European Union is set to very slowly recover from the recession with an expected growth rate of 0.25% to 0.75% in 2014. In its annual outlook (October 2013), IMF is even more optimistic about global growth: it expects a growth of world GDP in the range of 2.9 % (2013) to 3.6 % (2014), mainly driven by increasing demand from the USA. Danish Ship Finance (April 2013) earlier expected an uncertain future for the Chinese economy, although growth remains high. The European Union will slowly recover, also in the view of the Danish.

There are however also downward risks, warns UNCTAD: ”Driven in particular by growing domestic demand in China and increased intra-Asian and South-South trade, seaborne trade nevertheless remains subject to persistent downside risks facing the world economy and trade. Freight rates have remained low and volatile in the various market segments (container, liquid and dry bulk).” Oil demand expected to rise According to IEA (December 2013), global oil demand is expected to increase in 2014, driven by a strong demand from the Western hemisphere. IEA expects global consumption of 91.2 m b/d this year. It also raised its prediction for next year’s demand growth by 110,000 b/d. On the supply side, disruptions continued over the past year. Libyan oil production fell to just 220,000 b/d in November, the lowest since the 2011 war, while there was also lower output in Nigeria, Kuwait, the United Arab Emirates and Venezuela. Iran’s re-entering into the market is not expected to have short-term global effects. The combination of a strong demand and more or less stable supply will probably continue to support oil price levels in 2014. This would be good news for the offshore sector, and normally bad news for cost levels in shipping operations due to high bunker costs.

The growth of the world fleet still continues, albeit at a much slower pace than in recent years. According to Clarkson’s, the world fleet measured 1.1 bln gt in December 2013, a 3.6% increase compared to a year earlier. The continuing growth of the fleet is mainly caused by new deliveries and orders for large bulk carriers and containerships.

Within Europe, the introduction of the Sulphur Emission Control Areas per January 2015 will cast its shadow ahead. Under current conditions, the short sea sector will not recover in the coming years, due to a fragmented supply, slow markets, low and non-transparent freight tariffs and high (bunker) costs. At this moment, most West-European ship owners are not able to finance costly scrubber installations, let alone order new ships. It means that they will be confronted with increased operational costs of distillates. Despite the economic situation however, the larger operators with deeper pockets will be able to invest in environmental technology, therewith creating a competitive advantage over smaller owners despite higher capex. With 2015 in sight, logically a rationalisation of the sector might be expected as well as an overbooked ship repair market. However, there are no signs of that as to yet.

The year of Africa?

In its 2013 review, UNCTAD describes that the credit crisis was rather a European issue than a global one. Increasing South-South trade has been the trend in 2013, and will probably continue in 2014. It is caused by the abundance of fossil fuels and natural resources south of the equator. Australia and Brazil have been profiting, but now also Africa is coming up. With large offshore gas finds in Mozambique, and a rapid oil and gas development in West Africa, the African continent is gaining welfare. The transition means that new logistics challenges will have to be faced, which obviously creates an opportunity for Dutch engineers of port technology. Also West-European short sea operators can profit from the new possibilities in this side of the world, because of the absence of robust fleet ownership in this continent.

Niche playing in the polder

The future of the Dutch maritime sector is more than ever in the hand of special niche players. Ships ordered by Dutch-owned companies or built by Dutch shipyards range from special short sea and inland vessels to the largest heavy lift or construction vessels. Promising experiments with LNG as a fuel are being undertaken, new families of pipe laying vessels and drill ships designed. The trend towards special shipbuilding, which started years ago, will continue in 2014. Our professional attention will however go to the ship repair and conversion market, in the light of the new environmental legislation coming into force per January 1st 2015. 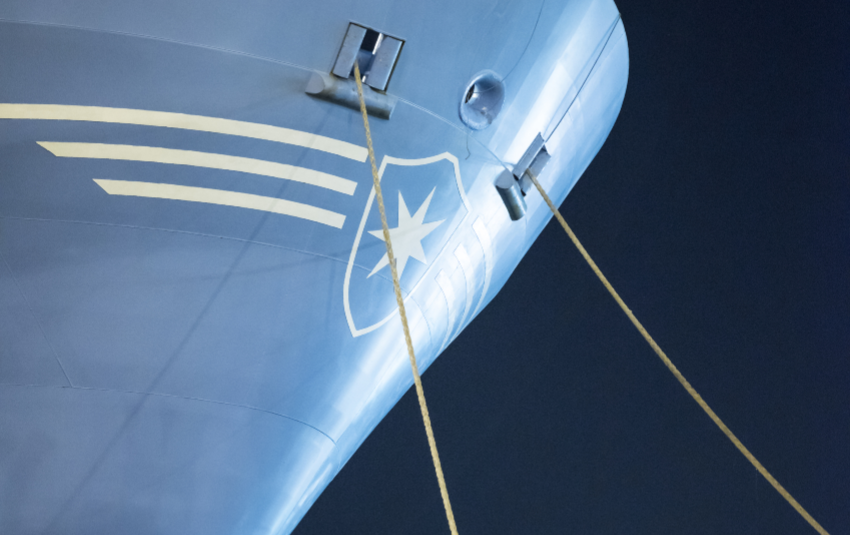 Maersk raises full-year guidance as it rides exceptional market
Posted: about 1 month ago
NAT: Euforia around post-pandemic recovery good for tankers
Posted: 27 days ago
Premium
Energy transition down under and the risks of it going under
Posted: 1 months ago