CGX Energy Inc. announces that the 1,160 square kilometre 3D marine seismic contract that was announced on December 5, 2011 has been completed. The seismic acquisition was performed by the PGS Ramform Challenger, a state-of-the-art seismic ship owned by a subsidiary of Petroleum Geo-Services (PGS). PGS used their dual-sensor GeoStreamer® technology, which was instrumental in delivering high quality data.

Stephen Hermeston, President and CEO stated, “This 3D seismic contract was completed ahead of schedule and was under budget. We are very pleased with the proficiency and technology utilized by PGS in acquiring this 3D seismic data on our behalf. The seismic data is expected to provide better imaging of the up-dip limits of the Eagle Deep stratigraphic play at the Turonian and Campanian and has provided us with the first 3D seismic coverage on our two early Cretaceous, Albian prospects (Crabwood and Kabukalli) which are underlying the Company’s 100% owned Corentyne offshore Petroleum Prospecting License (PPL). Fast track processing and interpretation of the data will commence on the Albian prospects and will be followed by processing, interpretation and compilation of the Eagle deep Turonian and Campanian prospects. CGX would like to thank the Guyana Geology and Mines Commission and the Ministries and related Agencies of the Government of Guyana for their cooperation in fast-tracking this seismic acquisition program and PGS for their outstanding contract performance.” 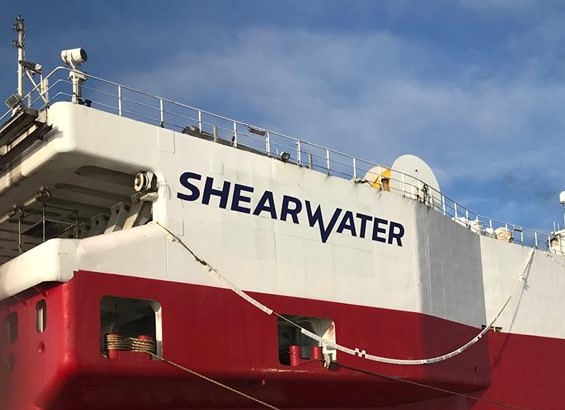