Mr. Zhang played host to the delegation and guided tour around the production area and exhibition center. During the visit, Mr. Zhang not only introduced the key products and technologies of the Group, but also the strategies and development progress of different business segments. The Nantong Production Base, which represents the largest shipyard in PRC, involved in the shipbuilding and offshore engineering business of the Group. It is also one of the most advanced offshore engineering production base in the country.

Meanwhile, Mr. Sander expressed his admiration on the advanced technical prowess, production capability and leading product design of China Rongsheng. He noted that Credit Agricole will continue to strengthen the partnership with China Rongsheng, and seek more cooperation opportunities in 2012. 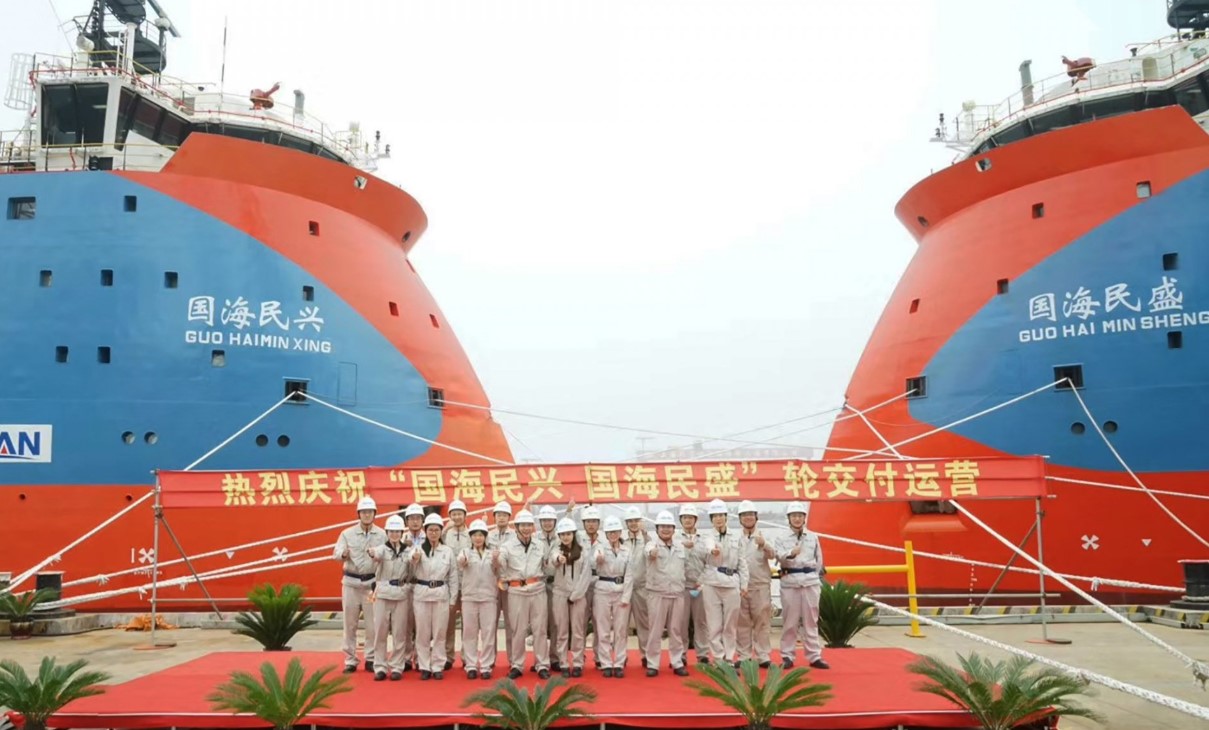