As informed, the AiP was granted for the engine and related machinery systems and arrangements.

As hydrogen is expected to be used as a clean energy source to realize a decarbonized society, ClassNK has worked on the establishment of necessary standards and certification to contribute to its maritime transportation and marine fuel use.

For the 160,000 cbm LH2 carrier developed by KHI, ClassNK has so far issued AiPs for its integrated design as well as its cargo containment system (CCS), cargo handling systems (CHS), and dual fuel main boilers that use hydrogen boil-off gas as fuel.

According to KHI, the dual-fuel generator engine is capable of switching between hydrogen and low-sulfur fuel oil flexibly, and when hydrogen fuel is selected, boil-off gas naturally evaporated from the ship’s liquefied hydrogen cargo tanks is used as the main fuel. The company expects that the technology will significantly reduce greenhouse gas emissions from the ship.

For this type of approval, ClassNK carried out the design review of the dual fuel generator engines based on its Part N of Rules for the Survey and Construction of Steel Ships incorporating the IGC Code. Furthermore, the classification society incorporated its Guidelines for Liquefied Hydrogen Carriers including the International Maritime Organisation’s (IMO) interim recommendations for the carriage of liquefied hydrogen in bulk.

IMO adopted these interim recommendations in 2016. The interim recommendations contain general requirements and special requirements for the carriage of liquefied hydrogen in bulk by ship, such as the provision of portable hydrogen detector for each crew member working in the cargo area; selection of fire detectors for detecting hydrogen fire; and appropriate safety measures to prevent formation of an explosive mixture in the case of a leakage of hydrogen.

In addition, a comprehensive safety assessment was conducted based on the HAZID risk assessment results, which led to the issuance of the AiP.

“ClassNK will actively continue to take part in advanced initiatives toward decarbonization and also support the decarbonization of the entire maritime industry by incorporating the knowledge gained through collaboration with front runners into rules and guidelines,” the classification society noted. 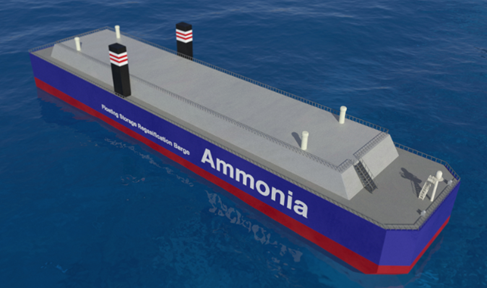