French container shipping major CMA CGM will no longer be transporting any plastic waste aboard its ships, Rodolphe Saadé, Chairman and CEO of the group, announced.

The decision was unveiled during Saadé’s speech at the One Ocean Summit that took place in France between 9 and 11 February.

With this landmark decision effective 1 June, 2022, CMA CGM continues to demonstrate its commitment to protecting the environment and conserving biodiversity.

In his address, Rodolphe Saadé also announced that the group will host one of the two sites of the French Institute for Decarbonation at Tangram, the group’s major innovation and training center due to open in Marseille in 2023.

Every year, around 10 million tons of plastic waste end up in the sea. Unless action is taken, that figure is set to triple over the next 20 years to reach 29 million tons per year, which will cause irreversible damage to marine ecosystems, fauna and flora.

The causes of this pollution include open-air storage and the absence of processing infrastructure for plastic waste that does not actively get recycled or reused.

Zero plastic waste to be transported aboard CMA CGM’s ships

With the decision that it will no longer transport plastic waste onboard its ships, CMA CGM will prevent this type of waste from being exported to destinations where sorting, recycling or recovery cannot be assured.

The group has thus decided to take practical steps where it has the operational capability to do so, heeding the urgent calls made by certain NGOs.

With this decision, the CMA CGM is stepping up its efforts to make conserving biodiversity one of the priorities of its CSR policy and to develop trade that is more responsible and fair for everyone and for the planet.

While the ecological transition of shipping is one of the major challenges for the protection of the oceans, this event intended to highlight the GME label initiative and shipowners’ commitments in the framework of the first European environmental certification on maritime transport.

Backed by a fleet of 545 vessels, CMA CGM is committed to the energy transition in shipping. As a pioneer in the use of alternative fuels, the company has set a target of carbon neutrality by 2050. 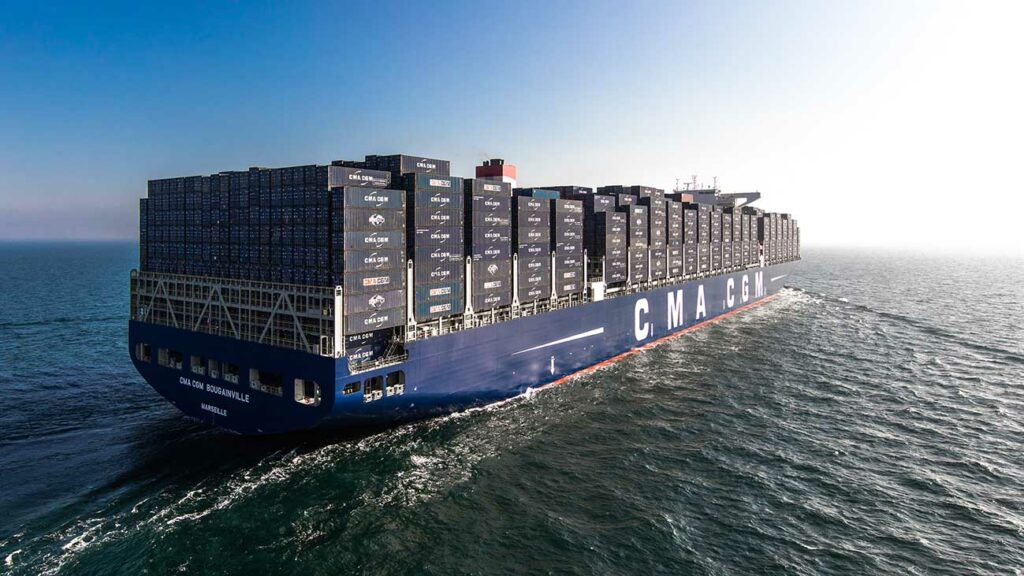