According to Whitehouse, DEM will use the funding to advance resiliency efforts along the shore of Quonochontaug Pond, a salt pond partially located in the towns of Charlestown and Westerly.

“Quonnie Pond is the first line of defense against flooding for large sections of Charlestown and Westerly, and it’s in need of significant restoration,” said Whitehouse, a member of the Senate Environment and Public Works Committee.

“Scientists predict that the Ocean State will be hit hard by rising sea levels in the years ahead, and I’m working to prepare Rhode Island homes and businesses by delivering funding for projects like this one.”

Quonochontaug Pond, commonly referred to as Quonnie Pond, and the surrounding marshland serve as the community’s first line of defense against coastal storms and flooding.

The Quonochontaug breachway shoreline and access area is in poor condition after years of erosion from sea level rise, storm surge, and unabated storm water.

Whitehouse said that DEM will use the grant funding to plan resiliency improvements to the site, including raising the overall elevation, moving key access areas, and managing storm water to limit erosion. 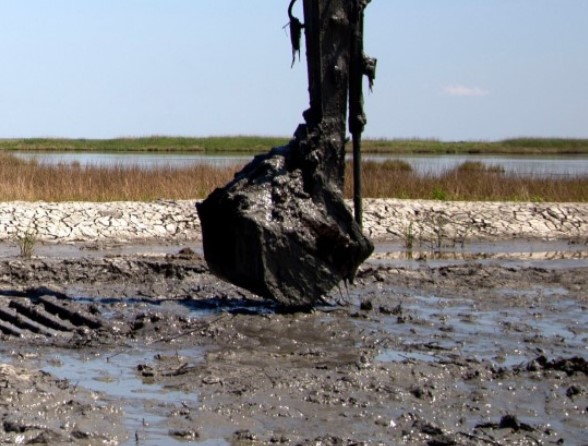