Swedish tanker shipping company Concordia Maritime has entered into an agreement for the sale of the 65,000 dwt P-MAX vessel Stena Perros to accelerate the amortization of bank debt.

According to the company, the 2007-built vessel will be sold to an oil company with operations in Africa with the delivery scheduled for the end of January.

The sale is expected to have a positive liquidity effect of about $1.4 million that will be used for accelerated amortization of bank debt, improving the long-term prospects of the company, Concordia stated.

The Swedish company also noted that the agreed price, which is below the vessel’s book value and previous valuation, was affected by the vessel being sold in an undocked condition and by a continuing low spot market.

Stena Perros is due to have its scheduled five-year special survey (drydock) in the fourth quarter of 2022.

The sale of the vessel comes at challenging times for the company that is experiencing difficulties posed by the continued weak tanker market.

Concordia Maritime CEO Erik Lewenhaupt said that the sale of Stena Perros is aimed at improving the company’s financial position and is in line with the bank agreement signed in autumn 2021.

Lewenhaupt added that further sales can not be ruled out in the future unless the tanker transport market sees a rapid recovery.

In August 2021, Concordia sold two IMOIIMAX vessels, Stena Image and Stena Important, to a Chinese leasing company for approximately $5.2 million in efforts to strengthen its liquidity. 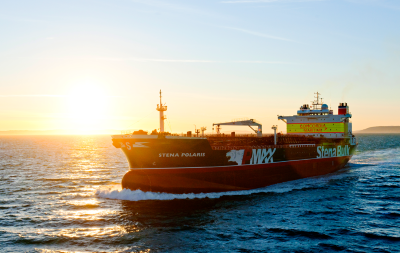