Construction of Allseas Heavy-Lift Giant Could Start in 4 Years

Allseas, Swiss-based offshore contractor specializing in pipelaying, heavy lift and subsea construction, has confirmed to World Maritime News that it is working on a new heavy-lift vessel which will outshine Pioneering Spirit, the world’s largest crane vessel.

“Allseas is currently working on the design of Amazing Grace in-house,” the company spokesperson told WMN.

“If all goes well the building of Amazing Grace could commence in three to four years.”

The new heavy-lift vessel will be 160 meters wide and have a topsides lift capacity of 72,000 tons, topping Pioneering Spirit’s capacity.

The DSME-built Pioneering Spirit has a width of 124 meters and can lift topsides of up to 48,000 tons in a single lift using eight sets of horizontal lifting beams.

Allseas plans to use the new vessel for worldwide installation and decommissioning of very large topsides.

Details on the potential builder of the vessel are yet to be revealed. 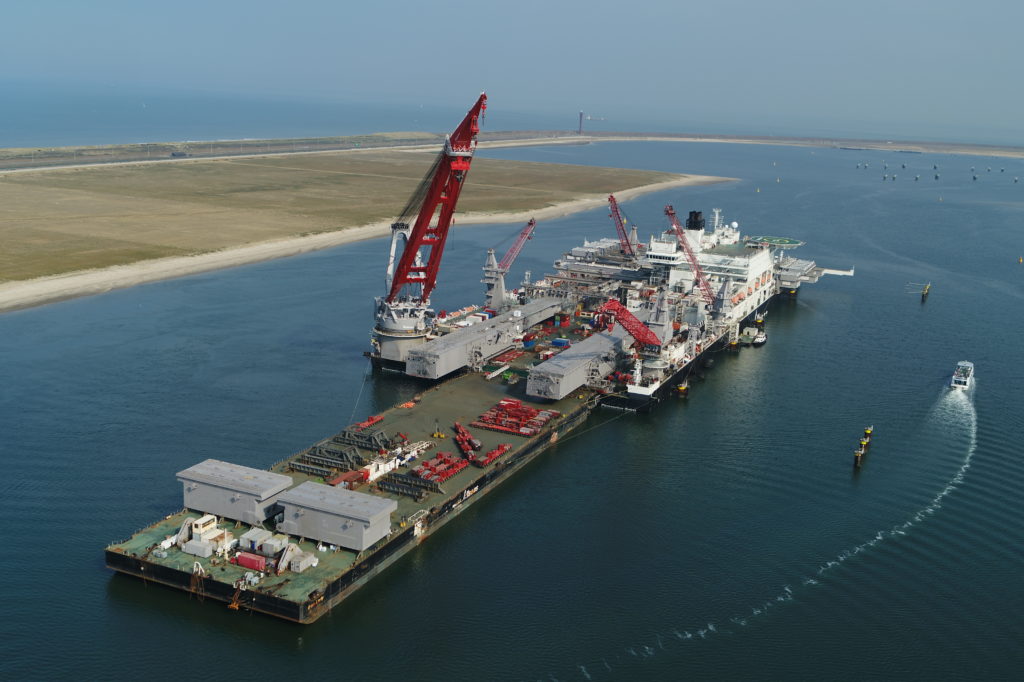