The construction of the Port of Tilbury’s new multimillion pound port terminal, Tilbury2, will begin immediately after the UK-based company GRAHAM was appointed to carry out the work.

In late February 2019, the port received development consent from the Secretary of State for Transport to build the new port.

The project will involve the creation of a new port terminal and associated facilities on land at the former Tilbury Power Station on the north bank of the River Thames at Tilbury.

When operational in spring 2020, Tilbury2 will be the UK’s largest unaccompanied freight ferry port and the country’s biggest construction processing hub.

GRAHAM has been awarded the contract for both the Terrestrial and the Marine Package. The Terrestrial contract incorporates a roll-on/roll-off (RoRo), highway works, the relocation of the existing railhead, and a fixed structural steel bridge to the linkspan. The Marine contract includes works within the tidal estuary beyond the existing sea wall/flood defences, including a floating pontoon, link-span/articulated bridge, associated pilings and river bed preparation for the berth.

“Tilbury2 is a significant project for our business and our customers… There is a great deal to do over the next 12 months and we look forward to opening our new port in 2020,” Charles Hammond, Chief Executive of Forth Ports Group (owners of the Port of Tilbury) said.

“The Tilbury2 project is a complex scheme that will facilitate the expansion of the Port of Tilbury and support its continued local, regional and national economic growth. We look forward to working collaboratively with The Port of Tilbury and local stakeholders to deliver this transformational scheme,” Michael Graham, GRAHAM Executive Chairman, commented.

Tilbury2 is central to the Port of Tilbury’s GBP 1 billion (USD 1.3 billion) investment program during 2012-20. 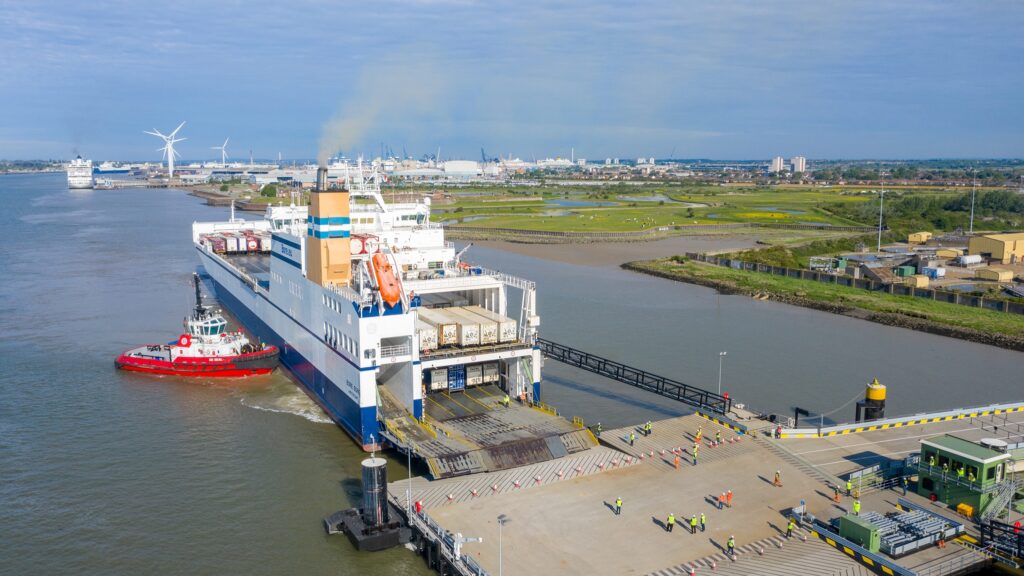