The new, fully electric equipment arrived in Abidjan on a semi-submersible vessel and is expected to significantly reduce energy consumption and CO2 emissions of the facility compared to a terminal running on diesel equipment.

Thanks to a total investment of approx. € 400 million, CIT will be equipped with 6 STS cranes, 13 RTG cranes and 36 tractors – all electric. The switch to electric equipment is in line with APM Terminals’ ambition to achieve net zero emissions by 2040 and a 70% emission reduction by 2030. As the next step, the terminal is also investigating the switch to green sources of electricity to power the equipment.

“The arrival of this equipment marks an important milestone for of our second container terminal, with the progress of the development of the container fleet estimated today at 95%. Arrival and commissioning of this equipment was the last element we were waiting for before we can start the operational testing phase,” said Koen De Backker, Managing Director of Côte d’Ivoire Terminal.

“The arrival of these handling machines marks an important step in the finalization of the construction of the 2nd container terminal of the port of Abidjan. This project renews the Ivorian government’s commitment to the development of port infrastructure in Côte d’Ivoire and the increase of trade in the sub-region,” said Hien Yacouba Sié, Director General of the Port Autonome d’Abidjan.

The new terminal aims to improve logistics services in Côte d’Ivoire and is expected to generate 450 direct and thousands of indirect jobs.

Located adjacent to the existing Abidjan Terminal, the new terminal will add an additional 1.2 million TEU in annual throughput capacity in its first phase of development. The construction of the terminal was launched in October 2020 by a joint venture between Bolloré and APM Terminals.

At the end of the 20-year concession to operate, the assets will be returned to the Ports Authority ‘Port Autonome d’Abidjan’. 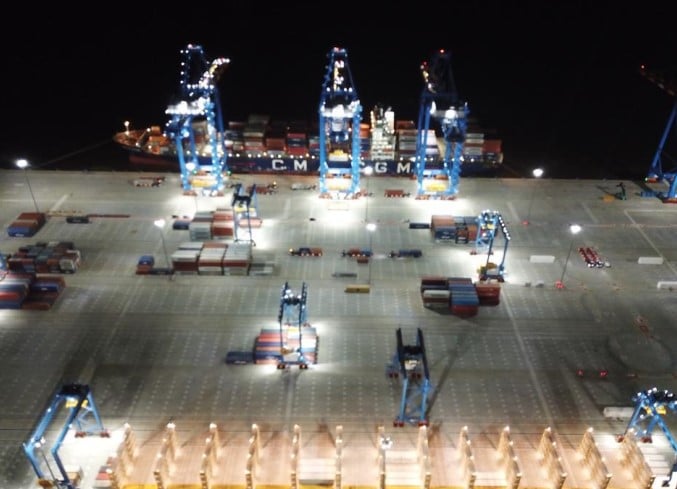