Danish company Crestwing has towed its prototype Tordenskiold wave energy device to its deployment site off northern Denmark ahead of upcoming installation.

Tordenskiold device has been moved to the deployment site last week, but the weather proved to be ‘too rough’ to anchor the 30-meter long device, according to Crestwing.

“The device is currently at its deployment site – the Port of Frederikshavn – awaiting for the suitable weather window to be anchored. As it looks now, it [the anchoring operation] could take place by this weekend,” the company said in a statement.

Tordenskiold device is to be anchored east of Hirsholmene – located 6 km northeast of Frederikshavn in the Kattegat Strait – where the survivability and power conversion technology of the device will be tested, Crestwing said earlier. 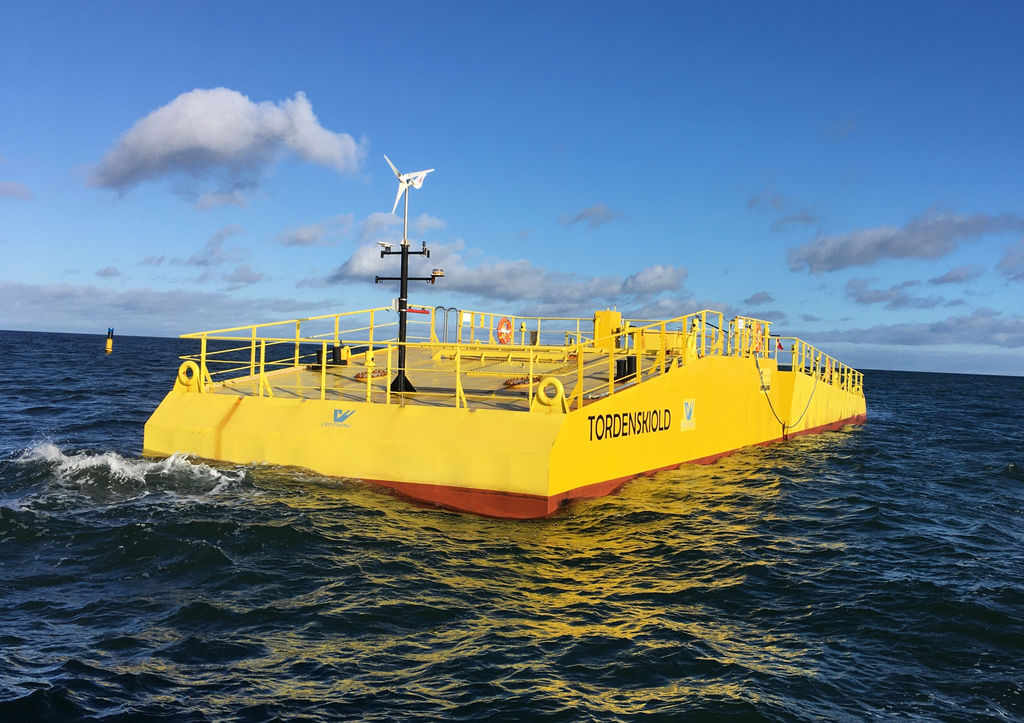