The vessel was christened ‘Merel-G’ at the naming ceremony on July 17, 2015. The vessel, customised with offshore oil and gas standby capabilities, has been deployed on a long-term charter for a major E&P operator in the Danish part of the North Sea, after the official handover took place on July 24.

“The combination of superior seakeeping and the position of the wheelhouse result in the highest possible level of operability for the first Twin Axe FCS that will work in the oil and gas industry as opposed to offshore wind,” Damen has said in a press release.

Groen Offshore operates mainly in the North Sea, with a fleet of 27 vessels and 37-chartered vessels, of which five were built at Maaskant. 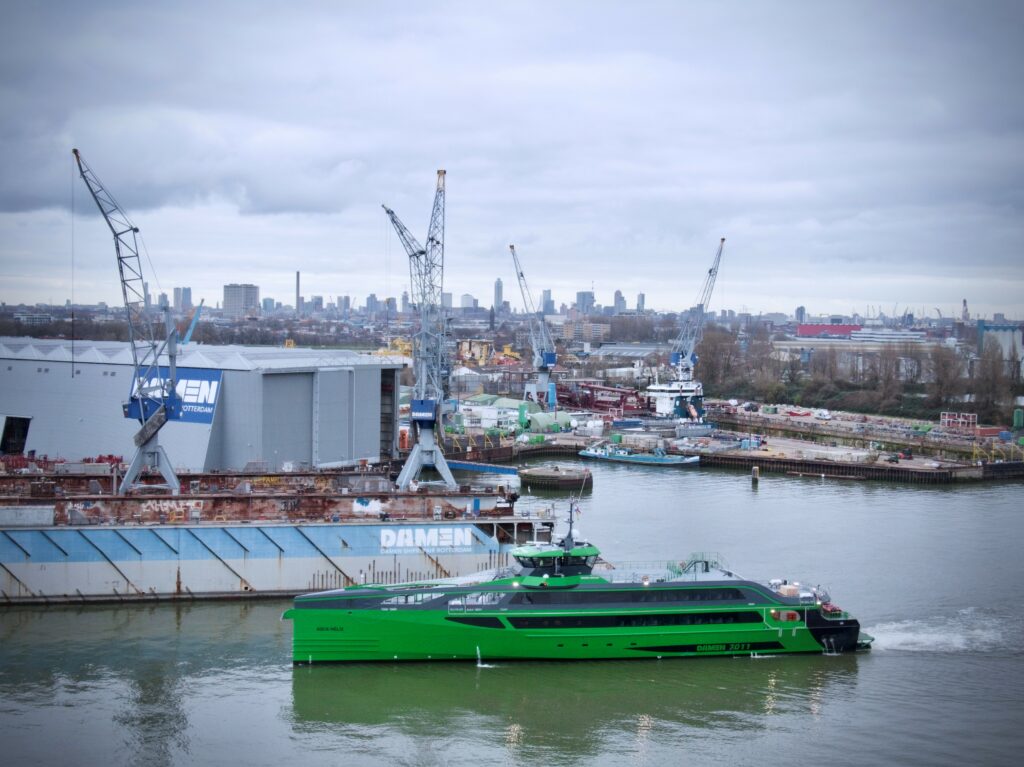