The Danish Coastal Directorate has ordered a new survey vessel from Tuco Marine – ProZero Workboats which will replace the 34-year-old vessel Ekko.

The Coastal Directorate will use the vessel, which is set to launch next year, to survey Danish waters and collect data on coastal development.

The new vessel will come with A-frame for towed sensors and the so-called multi-beam echo sounder, which can measure the seabed with millimeter accuracy down to just over 200 meters depth.

According to Pro-Zero, the vessel features two inboard engines of a total of 1,000 HP and is built in carbon fiber and reinforced to withstand sailing into very shallow water depths and regular grounding as well as harsh weather conditions.

“Coastal surveying places some very special demands on the ship’s construction, not least because we expect it to be in operation for many years”, says area manager Niels Kristian Kvistgaard from the Coastal Directorate.

“The solution and execution that we get from Tuco is, as I see it,
the ideal starting point for us to be able to deliver high quality data for many years to come”. 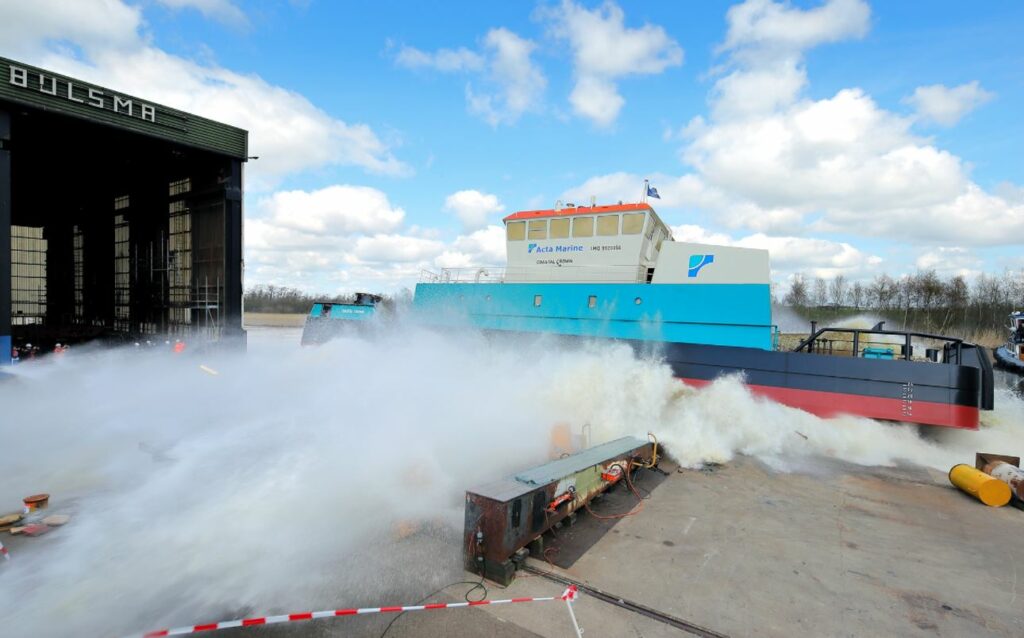