The ships, intended for DFDS’ six ferry routes, will be built by Guangzhou Shipyard International (GSI) at its Nansha Yard in China.

Expected to be delivered in Q1 and Q3 2021, the two newbuilds will each carry 4,500 lane meters of freight and passenger vehicles as well as 600 passengers.

The company said it will pay DKK 1.8 billion (around USD 296 million) for the two ships during the period from ordering to delivery in 2021.

“This investment reflects our commitment to and belief in a continued strong development in the Baltic region. The new ships will enable us to improve service levels for all our customers and improve the efficiency of the route network, also environmentally,” Niels Smedegaard, CEO of DFDS, commented.

Both ships are planned to be deployed on one of the routes connecting Lithuania with either Sweden or Germany. The deployment in 2021 is planned to be a catalyst for a reallocation of ships in the Baltic route network ultimately increasing the network’s total freight capacity by around 30%, according to the company.

As explained, the ships are built to the newest environmental standard offering low consumption and emissions. Scrubbers will also be installed on the ships.

The company added that around 10% is paid in connection with the ordering of the ships while more than half of the payment is due on delivery. DFDS’ investment outlook for 2018 is increased to DKK 1.3 billion from previously DKK 1.1 billion following the new order.

2017 was a record-setting year for DFDS which reported 4 percent higher revenue and 8 percent rise in full-year profit before tax which stood at DKK 1.7 billion. 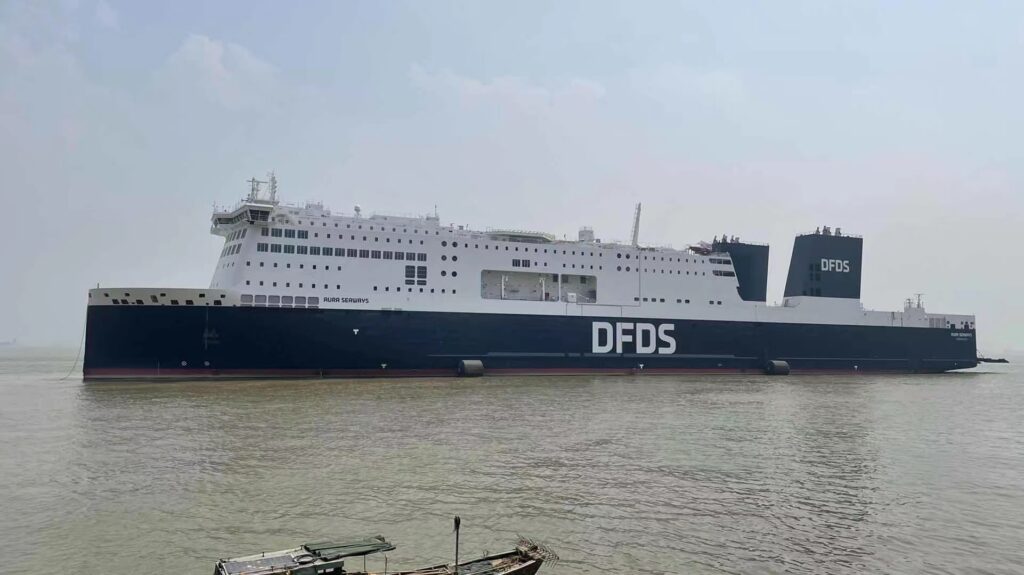