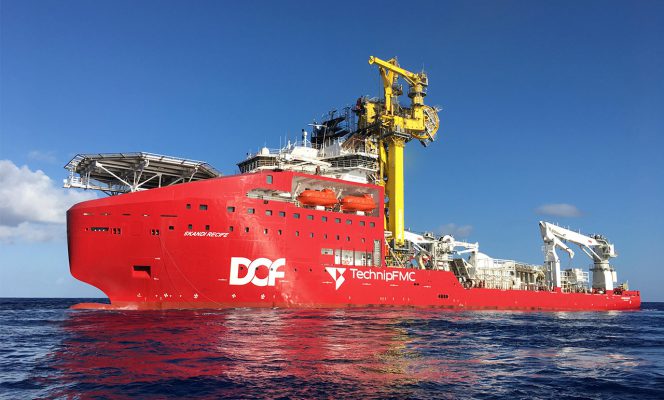 In a social media post on Friday, DOF Subsea informed that the Skandi Recife has joined its fleet in Brazil.

This PLSV is one of four vessels owned by a joint venture between DOF Subsea and oilfield services provider TechnipFMC. The vessels were ordered following eight-year contract awards from Petrobras back in August 2013 for the provision of installation of flexible pipes in Brazilian waters. Under the JV deal, TechnipFMC is in charge of managing flexible pipelay and DOF for marine operations.

It will work with Petrobras on the Campos, Santos and Espírito Santos basins offshore Brazil.

It is also worth reminding that the first two PLSVs are already working for Petrobras. The first vessel, Skandi Açu, started its contract in August 2016 and the second one, Skandi Búzios, in April 2017. These two vessels were designed to achieve a 650-ton laying tension capacity.

The fourth vessel, named Skandi Olinda, is scheduled for delivery from Vard’s Brazilian yard in the first quarter of 2019.