One week before the delivery, dredger “Macuti” was named at Western Baltija Shipbuilding 24 April 2013. The Name Giving Ceremony of NB50 was held according to old traditions. The ceremony was attended by the representatives of Western Baltija Shipbuilding, Johs. Gram-Hanssen A/S, Rohde Nielsen A/S, CFM EMODRAGA, OSK Design Denmark. The naming was done by the Sponsor of the vessel Mr. Silvio Kun, Executive Member of the Board of CFM EMODRAGA.

The dredger “Macuti” is the first vessel of this type built in Lithuania. The name MACUTI refers to the lighthouse situated at the beach outside Beira (in the Republic of Mozambique, Africa) where the vessel will be operating. MACUTI lighthouse was built in 1904 and is one of the lighthouses in Sofala Province in Mozambique.

The contract on the dredger’s building between Wetern Baltija Shipbuilding and the Danish company, Johs. Gram-Hanssen A/S was signed on 16th of November, 2010. Almost one year passed as the first sheet of steel for the vessel was cut, i.e. in August, 2011.

The capacity of the hopper dredger is 2500 m3. The baseline design of the dredger was prepared by the Swedish company FKAB, while operational and technical documentation was prepared by the Western Baltic Engineering, the subsidiary company of the Western Shipyard. The shipbuilding process was supervised by the classification society Bureau Veritas. The dredger MACUTI will operate near the coasts of Africa, in the port of Beira in the Republic of Mozambique, where a new terminal is being built. 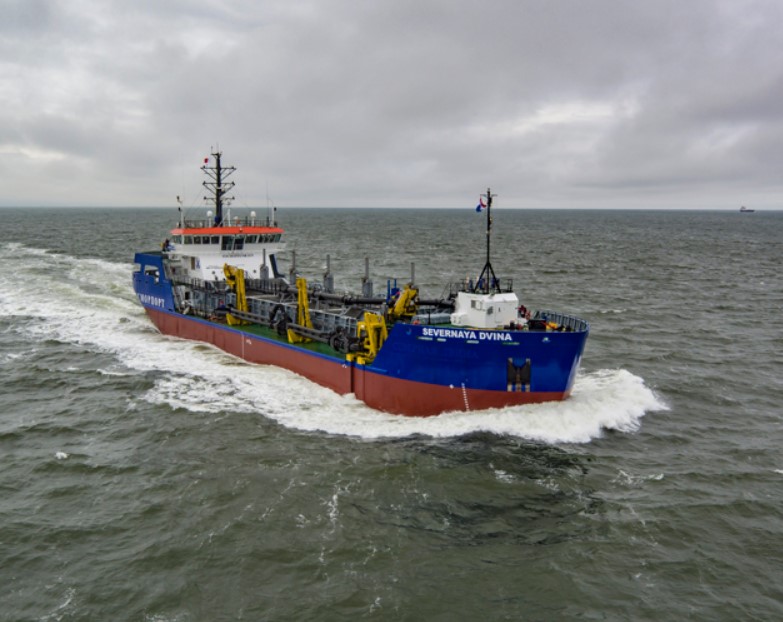