The ceremony was held recently at the Emirates International Maritime Academy in the presence of prominent leaders & stalwarts from the maritime and offshore oil & gas sectors which also provided an opportunity of making senior industry professionals aware of the facilities & programs provided by EIMA in further maritime education in the region.

The Award recognized HE Buamim’s dedication to realizing the vision set forth by the wise leadership of Dubai, out of the box thinking, risk management capabilities & unstinting commitment, in the face of uncertainty. The citation emphasized his effective leadership, management skills, ability to influence others and his ‘can do’ attitude in almost single handedly creating the impact that Drydocks World has made in being recognized as a world leading provider in delivering offshore services and for establishing Jadaf and Dubai Maritime City as vibrant entities serving the industry.

H.E. Buamim is an oil and gas industry veteran who has held several leadership positions in the industry prior to taking on his present role in June 2010. Under his exemplary leadership and vision, Drydocks World & Maritime World has risen to profitability after the financial crisis. He foresaw unprecedented opportunity in the rapidly evolving offshore sector. He has chosen to drive the market rather than being market-driven. His resolve helped the company attain pioneering projects of global significance such as the world’s largest turret for Shell’s ground-breaking Prelude Floating Liquefied Natural Gas (FLNG) facility off Australia; DolWin beta HVDC offshore wind energy HVDC platform; the mammoth Solan subsea oil storage tank for the UK’s Solan oil field for Premier Oil and the conversion of twin oil tankers to Modular Capture Vessels for operation in the Gulf of Mexico for Marine Well Containment Company, a global consortium of 10 major oil companies.

Receiving the Award, His Excellency Khamis Juma Buamim said, “I am grateful to the International Marine Club for the recognition. It is a testament to our untiring effort to offer high quality services to the offshore oil & gas sector. We have succeeded in greatly enhancing our market share by implementing operational excellence programmes at our facility. None of this however would have been possible without the vision for the sector set forth by the wise leadership of Dubai & for the constant support & encouragement received from them as we drive forward toward further success in all of our endeavors”

The International Maritime Club has almost 250 maritime associations as its members and is committed to the improvement of maritime activity around the globe. It is also committed to making positive contributions to the lives of seafarers such as of those affected by piracy, through a number of charity initiatives. 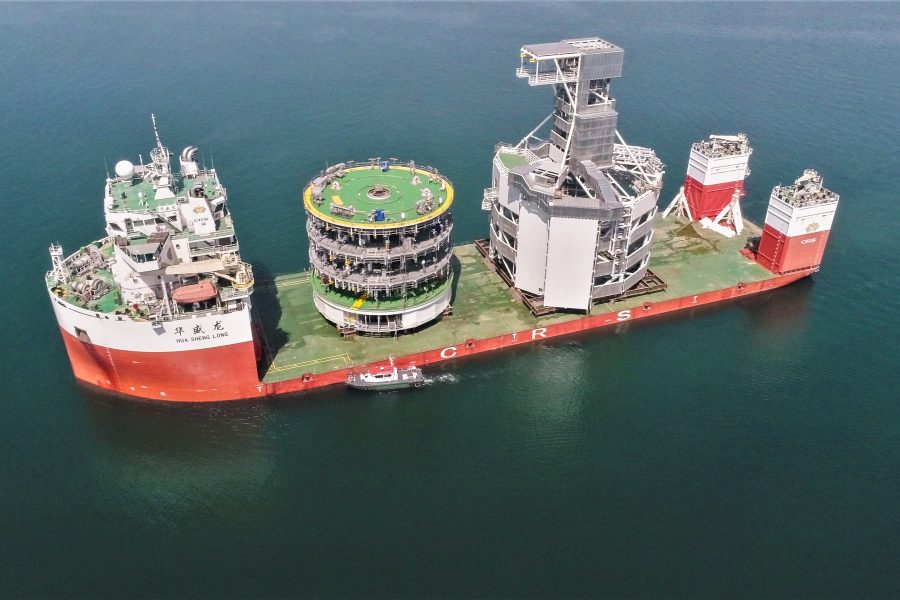