The Energy Research Centre of the Netherlands (ECN) has developed a concept for which it claims it will revolutionise the world of energy storage. The construction of a huge underground maglev-style floating railway will make it possible to store 10% of the Netherlands’ daily energy needs in the form of kinetic energy.

This Energy Train can compensate for peaks and troughs in the supply and demand of wind and solar energy at one tenth of the usual costs.

The floating railway will cover a circular track with a radius of 2.5 km. In periods when too much wind or solar energy is generated, the surplus electricity is used to set in motion a pure-mass floating maglev train within a vacuum tunnel. It can reach a speed of 2,000 kilometres per hour. In periods when insufficient renewable energy is generated, this kinetic energy can be re-converted into electricity and fed into the grid.

This enables 2.5 gigawatts of electricity to be stored for an eight-hour period or 400 megawatts for 48 hours. It can achieve this at a cost price that amounts to just 10% of that of competing technologies that are currently being developed for large-scale energy storage, ECN said.

“Storage will be an extremely important factor when we wish to increase the percentage of renewable energy from wind or solar power,” explains ECN’s Wouter Engels, who invented the concept. “This will make it possible to decommission coal and gas power stations, because they will no longer be needed.”

The idea has been refined in recent months and discussed on a confidential basis with possible industrial partners. These companies recognise the enormous potential of such a large scale solution and have not found any critical bottlenecks from a technical or economical perspective. Based upon these results, ECN said it would now like to form a consortium of knowledge and industrial parties to progress this idea to the stage of proof of concept.

The cost of a comprehensive system is likely to be between 1 and 2 billion euros. This outlay will ultimately pay for itself as a result of reduced investment in a new electricity grid and high-voltage masts. “The system is still in its very early stages, but if we are successful in developing this Dutch technology, it will be an excellent export product in the longer term. It is a solution that will enable the development of a much more sustainable society,” says Engels.

At the high speeds the energy train would operate at, G-Forces would reach 10G (or ten times the force of gravity). For this reason the Energy Train would be built in an underground tunnel. The construction is therefore capital intensive.

“However even with the large investment costs due to the construction, initial calculations show that this solution has the potential to be significantly cheaper than the alternatives being developed,” according to Engels. 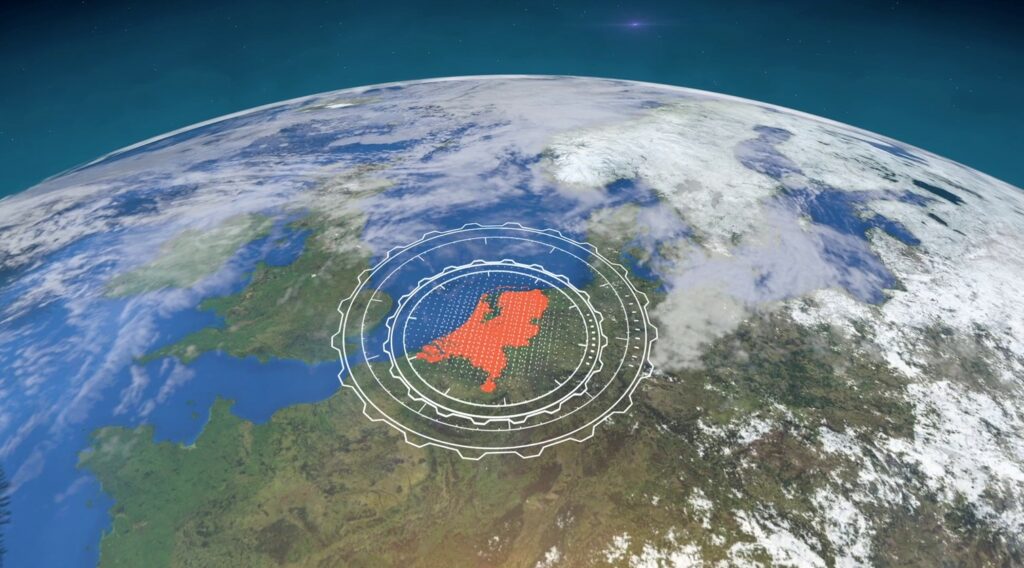