Owner and operator of LNG carriers Dynagas LNG Partners LP has reported an increase of 7.7% in its net income for the three months ended September 30 to USD 17.3 million, from a net income of USD 16 million in the corresponding period of 2015.

The increase was mainly due to the contribution of net revenues relating to the Lena River, acquired from Dynagas Holding Ltd. in late December 2015, to operating results.

“We are pleased to report our earnings for the third quarter of 2016, which has been a record financial quarter for us,” Tony Lauritzen, Chief Executive Officer of the Partnership, said, adding that the company’s current fleet of six LNG carriers operated at 100% utilization, which “contributed to our strong quarterly results.”

“With our fleet fully contracted through 2016 and 89% contracted through 2017, and with an estimated fleet wide average remaining contract duration of 11 years, we intend to continue to focus on obtaining additional contract coverage, in 2017 in particular, and managing our operating expenses,” Lauritzen said.

At the end of October 2016, the Partnership entered into a new long-term charter agreement with an affiliate of the Gazprom Group for the employment of its 2007-built 150,000 cbm steam turbine LNG carrier Clean Energy. Expected to commence in July 2018, the charter will have a firm term of seven years and nine months, generating around USD 133 million of gross contracted revenues over the life of the contract.

Additionally, the company agreed with Gazprom to reduce the charter hire rate on the existing time-charter contracts with its wholly owned subsidiaries that own the 2013 built ice-class notated LNG carriers the Lena River and the Yenisei River. The charter hire reductions were effective from November 1, 2016 and over the remaining term of the respective charters. Following these amendments, the Partnership expects to incur an aggregate USD 18.3 million reduction in gross contracted revenues over their remaining term. 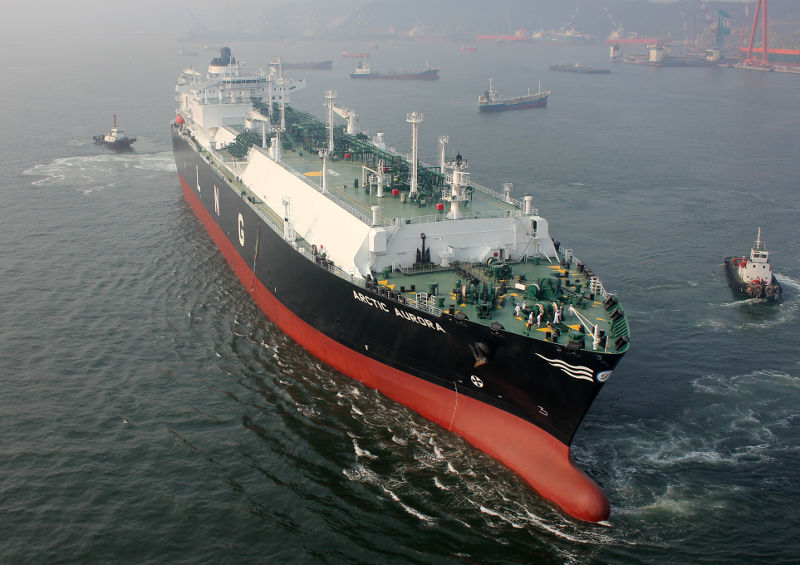