Delivering 7 megawatts (MW) of continuous power generated by methanol, this floating mobile platform is capable of cold ironing to minimize emissions from large vessels both at the pier and at anchor for up to two weeks before refueling.

Additionally, it offers double duty as an “in-field” DC charging station for electric harbor tugs and other smaller service vessels.

An independent ultra-low emission and nearly silent 1-megawatt system with 10 megawatt-hours (MWh) of reserve capacity continuously will replenishe its reserve to provide fast charging capacity on-demand directly in the operating field of the vessels it serves, according to the EBDG.

By choosing these technologies for its 60.9-meter barge, EBDG hopes to achieve exhaust emission reductions of 70+ per cent compared with conventional diesel at equivalent power.

To remind, EBDG has recently joined hands with marine metal fabrication shop Miller Marine to design and build a fully electric truckable tug. As part of this project, EBDG will incorporate an electrical propulsion system into Miller Marine’s proven truckable tug design. Once the design phase is complete, Miller Marine will build the vessel at its 1393.5 square meter production facility. 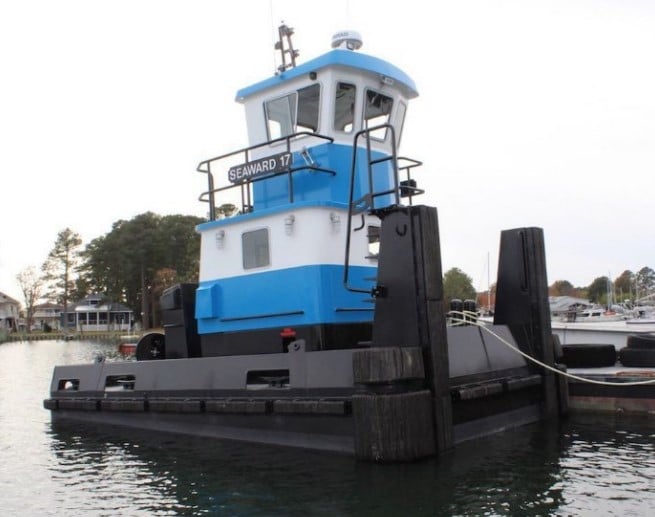 U.S. companies join forces to design and construct all-electric truckable tug
Posted: 2 months ago
Premium
A year in review for methanol as marine fuel: 82 ships by 2028
Posted: 28 days ago
Port of Rotterdam to fuel ships with methanol on a regular basis from summer 2023
Posted: 21 hours ago