The European Hydrogen Backbone (EHB) initiative has proposed a hydrogen network of 39,700 kilometres by 2040 to connect 21 European countries, with further growth expected after 2040.

The updated European Hydrogen Backbone vision is launched on 13 April and it follows the report from July 2020, which described a network of 23,000 kilometres covering ten countries.

Around 69 per cent of the proposed hydrogen network consists of repurposed existing natural gas grids. The rest of 31 per cent newly built pipelines are needed to connect new off-takers. They are located in countries with small gas grids but with high expected future hydrogen demand and supply.

The envisioned hydrogen network of almost 40,000 kilometres requires an estimated total investment of €43 to 81 billion.

The investment per kilometre of pipeline is lower compared to last year’s EHB report because the previous report only included cost estimates for 48-inch diameter pipelines, while the new report considers that a large part of today’s natural gas infrastructure and of tomorrow’s hydrogen infrastructure consists of smaller pipelines, which are cheaper.

Transporting hydrogen over 1,000 kilometres would cost €0.11 to 0.21 per kilogram of hydrogen on average. This makes the EHB a cost-effective option for long-distance hydrogen transportation.

The newly published hydrogen infrastructure maps for 2030, 2035 and 2040 reflect the vision of 23 European gas transmission system operators, based on their analysis of how infrastructure could evolve to meet decarbonisation targets.

The hydrogen transportation routes and timelines in the maps are not set in stone; they will depend on market conditions for hydrogen and natural gas and the creation of a stable regulatory framework.

Daniel Muthmann, the coordinator of the EHB initiative and head of corporate development, strategy, policy, and communication at OGE, said: “We are glad that eleven new countries have joined the EHB initiative. Our new report shows that a truly pan-European hydrogen infrastructure largely based on repurposed existing gas infrastructure is possible.” 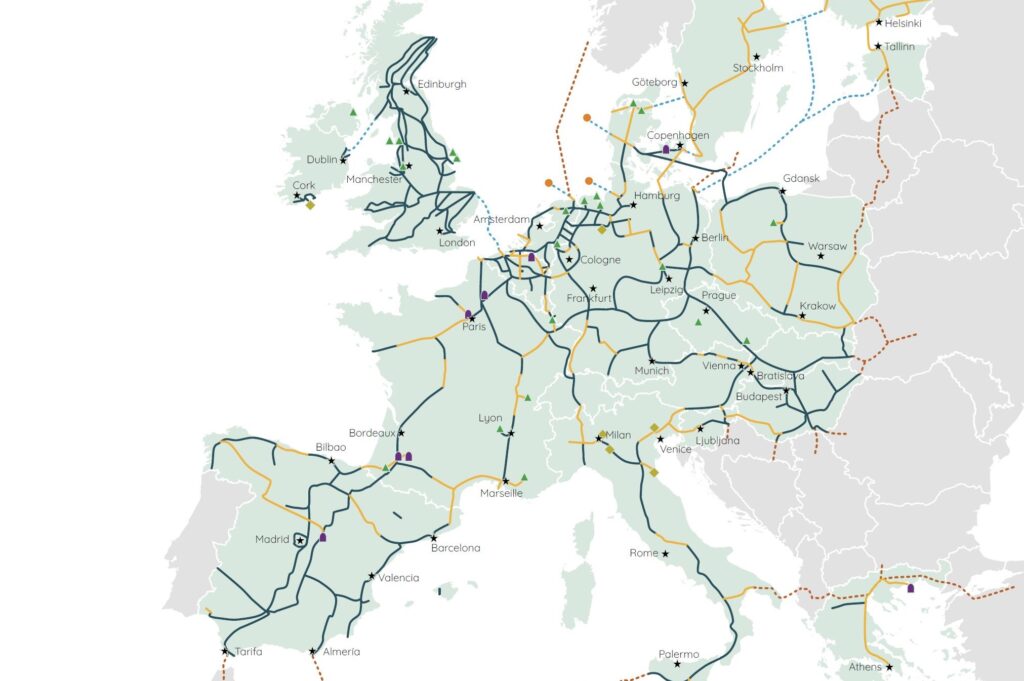