Advertisement
Back to overview
Home Clean fuel EIA: Thermal Generation Use in Japan Up Since March 2011

EIA: Thermal Generation Use in Japan Up Since March 2011

The U.S. Energy Information Administration (EIA) said in a report that Japan’s use of thermal generation—the combined amount of electricity generated from natural gas, oil, and coal-fired plants—was up 40% for January-April 2012, compared to the same period in 2011 due to the Tohoku earthquake and related tsunami that led to the accident at Tokyo Electric Power Company’s (TEPCO) Fukushima Daiichi nuclear power plant and subsequent outages at other plants.

Following the accident at Fukushima, all reactors in Japan were required to perform computer-simulated stress tests to confirm their continued ability to operate safely in the event of a natural disaster. As reactors shut down for regularly scheduled maintenance or refueling, stress tests were performed and submitted to the Japanese Nuclear and Industrial Safety Agency for review and acceptance. On May 5, 2012, the last of Japan’s 54 nuclear generating reactors was shut down for scheduled maintenance and stress tests.

The restart of Japan’s nuclear power plants requires the approval of the Japanese Nuclear Safety Commission as well as four cabinet ministers, including the Prime Minister. Although not required by law, local governments of the districts (prefectures) in which the reactors are located must agree to nuclear power plant restarts. So far, local opposition has delayed the restart of the plants. However, on May 14, 2012, the Ohi town council voted (11 to 1) to permit the restart of Kansai Electric’s Ohi Units 3 and 4. The Fukui prefecture advisory council is reviewing the restart proposal prior to informing the Governor of the prefecture. The Ohi units have a combined capacity of 2.3 GWe (gigawatts electric).

Japan’s electric power utilities are consuming more liquefied natural gas (LNG) and petroleum to make up for the shortfall in nuclear output. Total post-Fukushima fossil fuel consumption peaked at about 500 trillion British thermal units in January 2012. Coal consumption, on the other hand, is relatively unchanged since before the accident.

Japan’s electric power companies started consuming more LNG soon after the accident in March 2011. LNG use to meet power needs ramped up as Japan’s economy began to recover and as more nuclear plants were shut down for testing. Consumption of LNG to produce electricity was up 34% during the first four months of 2012 compared to the same period in 2011. Japan’s consumption of LNG set a record in January 2012, nearing 9 billion cubic feet per day, about 2 billion cubic feet per day greater than levels in early 2011 Japan is the world’s leading consumer of liquefied natural gas.

Japanese power company consumption of petroleum—crude oil and heavy fuel oil—to produce electricity is up markedly. In February 2012, Japanese electric power companies consumed the equivalent of more than 700,000 barrels per day of crude oil and heavy fuel oil to generate electricity (see chart below). EIA estimates that total petroleum consumption in Japan for electric power in February 2012 was more than double the level of petroleum used for power generation in February 2011, the last full month of consumption data before the Tohoku earthquake and tsunami. 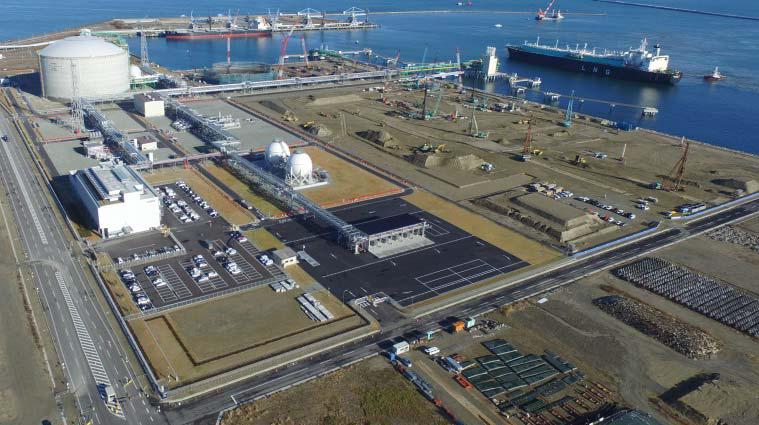