Encana has agreed to be the sole fuel supplier to Heckmann Water Resources (HWR), a California company that provides water hauling services to Encana and other producers in Louisiana’s Haynesville resource play. Heckmann recently ordered 200 new LNG trucks, from Peterbilt Motors Corporation of Denton, Texas, which are powered by Westport HD Systems from Westport Innovations’ Inc. of Vancouver, B.C. Heckmann’s purchase represents a major thrust to convert the company’s water-hauling truck fleet to LNG from diesel, and will make HWR the operator of the largest fleet of LNG trucks in North America.

“We are very pleased to be part of an innovative North American solution to expand the use of liquefied natural gas in large-freight vehicles in the U.S. This initiative is a major step towards encouraging many companies servicing the energy industry to convert vehicles to run on affordable, environmentally-responsible LNG or compressed natural gas (CNG),” said Eric Marsh, Executive Vice-President, Encana Corporation & Senior Vice-President, USA Division.

“Due to sweeping technological breakthroughs, North American natural gas provides an abundant, affordable fuel alternative at a cost that is 20 to 40 percent lower than gasoline or diesel in many regions. Carbon dioxide emissions from natural gas vehicles are up to 30 percent lower. As part of the emerging transportation switch to natural gas, we are converting a large number of the more than 1,300 trucks and passenger vehicles in our own fleet to run on compressed natural gas,” Marsh said.

Encana will initially dispense liquefied natural gas to HWR’s truck fleet using mobile fueling stations, which consist of an insulated LNG tank and dispensing equipment built on a trailer that can be parked at key operating locations in the Haynesville resource play. Encana also plans to build its first permanent and public LNG fueling station in the Shreveport, Louisiana area later this year. Last November, Encana opened its first CNG fueling station at Coushatta in Red River Parish, Louisiana. Also, in 2011 Encana plans to open its next four CNG stations, one in each of the states of Wyoming and Colorado and two in Western Canada.

“We are proud to be the first oil and natural gas services provider to offer LNG trucks to our clients and to operate the largest fleet of LNG trucks in North America. Natural gas combustion produces up to 30 percent less greenhouse gases resulting in a much lower carbon footprint per vehicle, and domestic natural gas will provide us with a significant cost savings over the life of the vehicles,” said Richard J. Heckmann, Chairman and CEO of Heckmann Corporation, parent of HWR.

“This is the first LNG truck order by a natural gas industry service provider,” said David Demers, CEO of Westport Innovations. “HWR and Encana are leading the way to leverage clean, abundant, and domestically available natural gas. The fuel is inexpensive relative to diesel and its availability for this application makes an economic win-win for both HWR and Encana.”

Natural gas powered cars and trucks are fueled with CNG or LNG and operate similarly to gasoline or diesel-powered vehicles and generally have a longer operating life due to the cleaner combustion. Converting freight trucks and commercial vehicles has an immediate impact on saving fuel costs and reducing carbon emissions. For instance, converting one 18-wheeler from diesel to LNG is equivalent to removing the emissions of about 325 cars from the road. 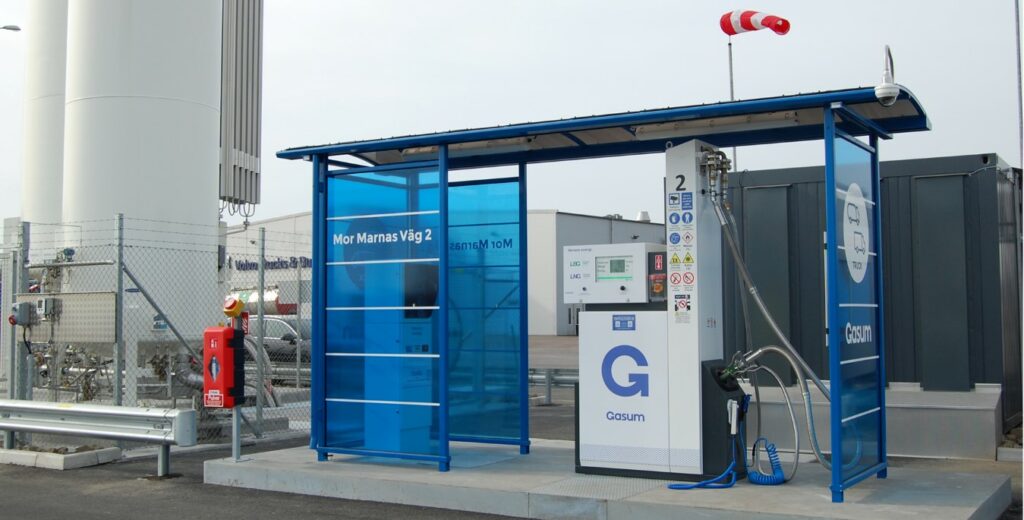