Governments need to move from talking about policies to implementation, the offshore wind industry needs to employ standardisation, and clear rules and regulations need to be set for green hydrogen in order to move faster with large-scale deployment and achieve meaningful progress in limiting global warming to 1.5 degrees Celsius.

“The private sector is ready to invest, but we need help to speed up the energy transition process and to be clear which technologies we need to focus on. One thing is clear, we can’t do everything and we have to pick and choose”, Adam Middleton said during The Executive Outlook conference session at Offshore Energy Exhibition & Conference on 30 November.

Watch the session on OEEC On Demand

The offshore industry will be key to unlocking the energy transition in Europe. To reach the climate targets, offshore wind and other renewable energy, clean fuel and decarbonisation projects need to be deployed at an unprecedented level.

For this to happen, the energy transition needs to be industrialised, and urgently, according to Middleton.

With regard to offshore wind, Middleton said that massive deployment was needed to generate green electrons and create green hydrogen. As REpowerEU targets call for an increase in installed wind capacity to 510 GW by 2030 (from 190 GW in 2022), this means 39 GW of wind energy capacity needs to be installed per year. Currently, 19 GW are installed annually.

Something has to change dramatically as the wind industry is now at a crossroads, according to Adam Middleton: “All of the main players are losing money – whilst we face an unprecedented demand for growth. So we now need to focus on the industrialisation of the technology so we can build volume and at scale”.

Wind turbine manufacturers have been chasing higher output with incremental improvements for a while now, so now there are a lot of variants out there and not much standardisation.

To be able to achieve rapid and massive deployment of offshore wind, Middleton suggests standardisation, if only for the time being.

Middleton went on to discuss what is required for green hydrogen to pick up pace and how other types of hydrogen, as well as carbon capture and storage, can serve as a stepping stone to the next-generation energy mix.

This is only a small part of what was discussed at The Executive Outlook session, which also saw insights from Manon van Beek, CEO at TenneT, and Han Fennema, CEO at Gasunie.

Watch the full session on OEEC On demand: 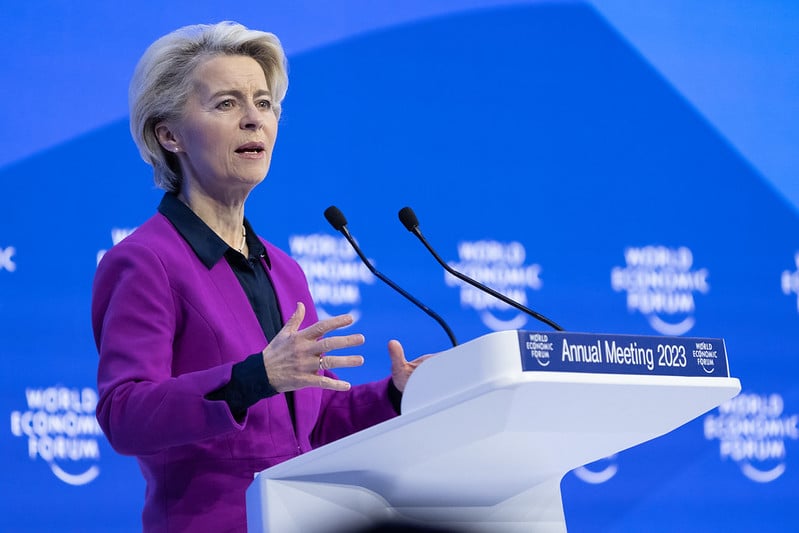