Eneti Inc., formerly Scorpio Bulkers, has entered into a binding agreement with South Korea’s Daewoo Shipbuilding and Marine Engineering (DSME) for the construction of one wind turbine installation vessel (WTIV).

The contract price is US$ 330 million and the vessel will be delivered in the third quarter of 2024.

In addition, Eneti holds an option to construct an additional vessel at the same price, net of currency adjustments.

The WTIV is an NG-16000X design by GustoMSC, a subsidiary of National Oilwell Varco, and includes a 2,600 Ton Leg Encircling Crane from Huisman Equipment B.V. of the Netherlands.

The vessel is capable of installing up to 20 MW turbines at depths of up to 65 metres of water, and it can be adapted to operate on the alternate fuels of liquefied natural gas (LNG) or ammonia, Eneti said.

Eneti is turning its focus from the dry bulk shipping sector to offshore wind.

Last year, the NYSE-listed company announced it would sell its remaining dry bulk vessels and exit the sector during 2021 as it shifts its focus to owning and operating offshore wind installation vessels.

”Since last August, we have been unequivocal about our intention to enter the Wind Turbine Installation sector,” Emanuele A Lauro, Eneti’s Chairman and Chief Executive Officer, said.

”This contract with Daewoo is a milestone for the Company, as it reflects months of customer engagement and collaboration with partners, both old and new. This Vessel will have the advanced lifting capabilities and energy efficiency that offshore wind developers require, not just today but well into the next decade.”

The Jones Act Vessel for US Market

In addition, Eneti announced that it is in advanced discussions with several American shipbuilders for the construction of a Jones Act-compliant WTIV.

This vessel would be constructed, financed, and operated by American citizens in compliance with the Jones Act, in order to address the heightened demand for transportation and installation capacity on the Continental Shelf of the United States, the company said.

”We are laying the groundwork for a Jones-Act compliant WTIV to address the American mandate for offshore wind development,” Lauro said.

”The growing calls for a safe, efficient, American-constructed and American-operated asset have been clear and loud. We are intent on providing a state-of-the-art solution to our customers so that they can comply with the Jones Act as they bring renewable energy to the U.S. consumer.” 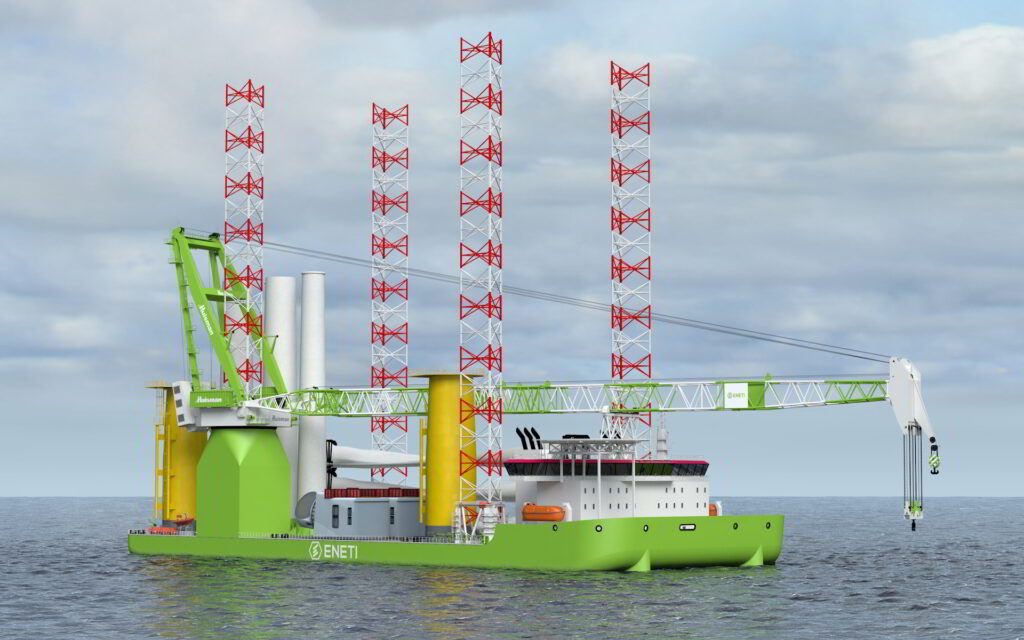