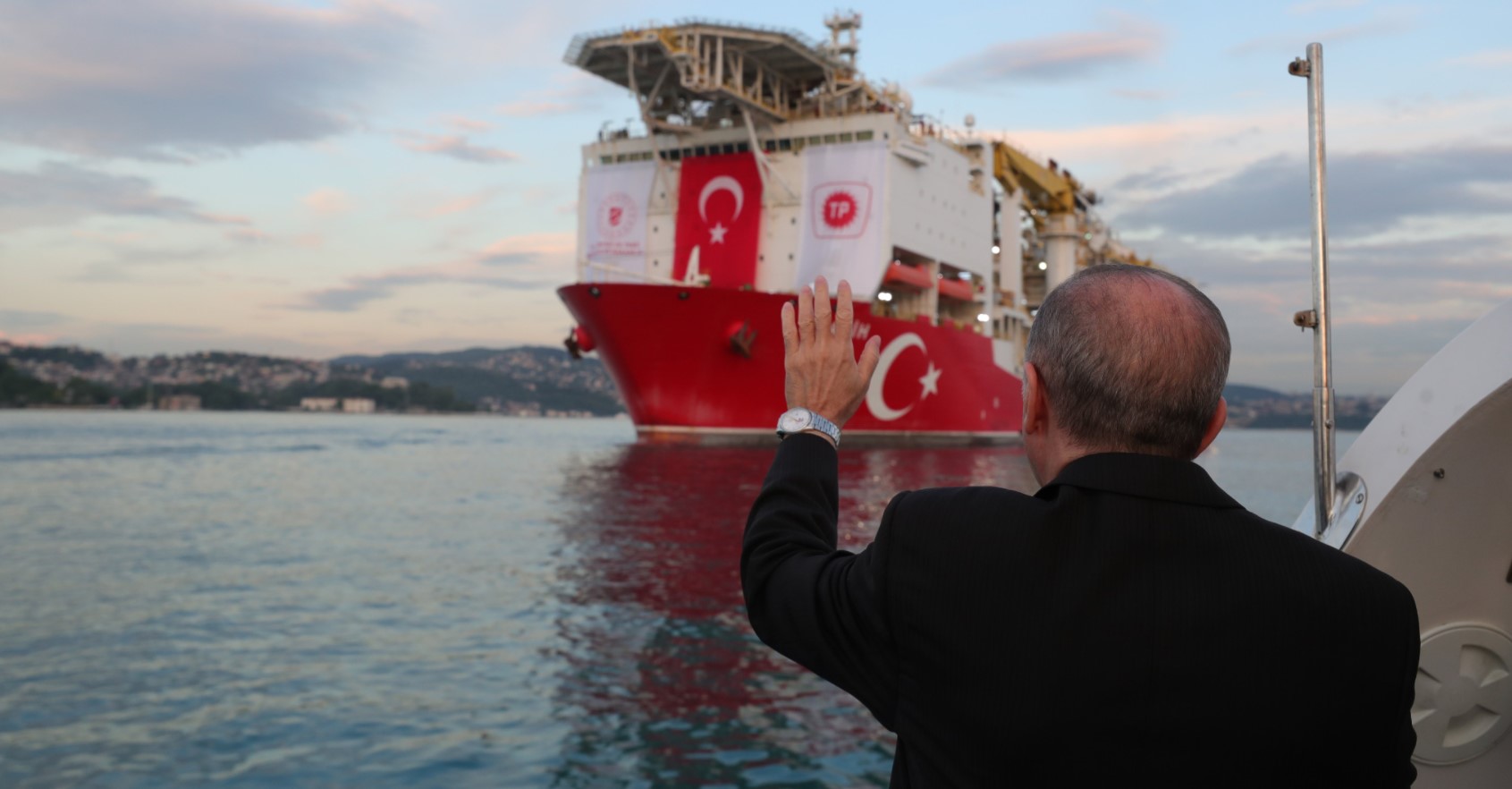 Turkish President Recep Tayyip Erdoğan has visited the Fatih drillship to announce an increase in discovered resources at the Tuna-1 (Danube-1) offshore well in the Black Sea.

In a press conference on Saturday held on the helideck of the Fatih drillship, Erdoğan said that 85 billion cubic meters of natural gas were added to the initial 320 bcm and that the Tuna-1 discovery is estimated to hold 405 bcm of natural gas.

He also claimed that the well reached the depth of 4,445 metres and that all drilling activities at the Tuna-1 well were completed and that further drilling will continue at the Turkali-1 well in the Sakarya field where the Tuna-1 well is also located.

“The volumes discovered in the Black Sea are our country’s largest hydrocarbon source”, Erdoğan added. “We believe that, in the future, these discoveries will significantly reduce our country’s dependence on imported natural gas.

“The cost of petrol and natural gas imports, a major cornerstone of our development and growth era, will be reduced. We will also be to provide these services to our nation at a more affordable price. This will allow us to invest the remaining resources into production and employment”.

To remind, Turkey’s drilling ship Fatih has been operating at Tuna-1 since late July, some 100 nautical miles north of the Turkish coast in the western Black Sea.

The gas find was made in August and the initially expected reserve was around 800 billion cubic metres. This was then decreased when Erdoğan announced that the discovery held 320 bcm of natural gas on 21 August 2020.

At the time, WoodMac called the discovery transformational for Turkey but did state that, no matter the political and economic importance, reaping the supply rewards would be complex and a 2023 date for bringing the Sakarya field online was ambitious.

But Erdoğan did not push back the start-up date of the field, he reaffirmed it on Saturday and also tied it in with the country’s 2053 vision, revealed in mid-September, which “strives to bring Turkey to the hights that people deserve”.

“By 2023 we will reach our goals. We will leave a big and powerful Turkey for our next generation through our 2053 vision and we will not hesitate”, Erdoğan said on Saturday.

The year 2053 was chosen for the name of the new vision for Turkey as it will be the 600th anniversary of the fall of Istanbul to the Ottoman Empire in 1453.