In an effort to step up the shipping industry’s decarbonisation, the European Sea Ports Organisation (ESPO) has called for more onshore power supply (OPS) where possible.

As explained, OPS is part of the solution to greening the shipping sector. It is an important tool for reducing CO2 emissions and air pollution at berth and in ports.

The greening of the shipping sector is a priority and ports want help to facilitate this process. Many ports in Europe are therefore stepping up their efforts to deploy more OPS and want to invest in OPS where it makes most sense.

For Europe’s ports, the only way to ensure rapid deployment of OPS and avoid a waste of public funds is to focus on deploying OPS where it delivers cost-effective reductions of greenhouse gas emissions and air pollution at berth. Together with its members, ESPO has put forward a framework that can guide ports and policy makers in developing an effective and intelligent approach for OPS.

“Europe’s ports want to go for more OPS. If ports want to prepare an ambitious and effective OPS deployment plan, there is a need to focus deployment efforts on where OPS would make sense,” ESPO’s Secretary General Isabelle Ryckbost commented.

“The cost of installing OPS is too high to just decide to go for OPS everywhere, without a proper analysis of costs and benefits. By pooling the experiences from ports who have done their homework on OPS, we have been able to produce a practical list of dos and don’ts for OPS.”

“We identified a series of constructive criteria which helps in prioritising investments. We believe this assessment will give policy makers a better understanding on what is needed to come to an ambitious but effective OPS deployment policy,” Ryckbost added.

To help facilitate constructive and effective policy on OPS, ESPO has identified key criteria to be assessed together — the OPS readiness of the ship (or shipping segment); is the vessel (segment) spending sufficient time at berth for it to make sense to connect; are there frequent users of a berth (OPS connection is easier in case of a regular vessel call at the same berth); is the berth enough used to make it worth the investment; and planned new berths (where OPS can directly be integrated in the planning of the port).

In addition to these key criteria, some port-specific circumstances need to be considered — the location of the berth and of the port; berth size and layout to match the vessel connection; access to (public) funding, available grid capacity and access to renewable energy; and space on the berth to integrate the OPS infrastructure.

Overall, Europe’s ports believe that it is very difficult to identify a shipping segment which by definition and without any other considerations would be identified as OPS-suitable.

This being said, certain shipping segments could be more appropriate and prioritised.

According to ESPO, shipping segments where the gain in terms of emissions reduction is the largest, such as ultra large container vessels, could be addressed first. It could also be appropriate to focus on the cruise and ferry segments since they generally berth near built-up areas and urban agglomerations. However, for each of these segments, additional considerations have to be taken into account.

As an overall criterium, ESPO believes there should be corresponding engagements between vessels, energy providers, and ports in order to make OPS a viable instrument in terms of both environmental and cost effectiveness.

Moreover, whilst the cost of installing OPS varies from port to port and between different locations in ports, OPS generally comes with a very big price tag. It is a fact that all OPS projects so far have received substantial public funding or support.

“When preparing the financial case for OPS deployment, we need to consider not only the cost of setting up the system, but also the grid connectivity and operational costs with potentially high fixed costs that are not borne by the user. For ESPO an ambitious OPS deployment plan must be accompanied by an ambitious OPS funding policy,” ESPO noted.

ESPO finally stresses that the deployment of OPS takes time and must, if relevant, be seen against other possible technologies which can be deployed in the same timeframe (10-15 years).

With its Communication “Towards an intelligent legislative framework for OPS”, ESPO wants to contribute in a constructive way to the drafting and further discussions of two upcoming European Commission proposals setting out the policy and requirements on the deployment and use of onshore power supply.

The first is the FuelEU Maritime proposal, which will tackle the demand for clean fuels from shipping, including OPS. The second file is the review of the Alternative Fuel Infrastructure Directive, known as the “AFID”, which regulates the supply of fuels, amongst others the provision of clean fuel infrastructure. 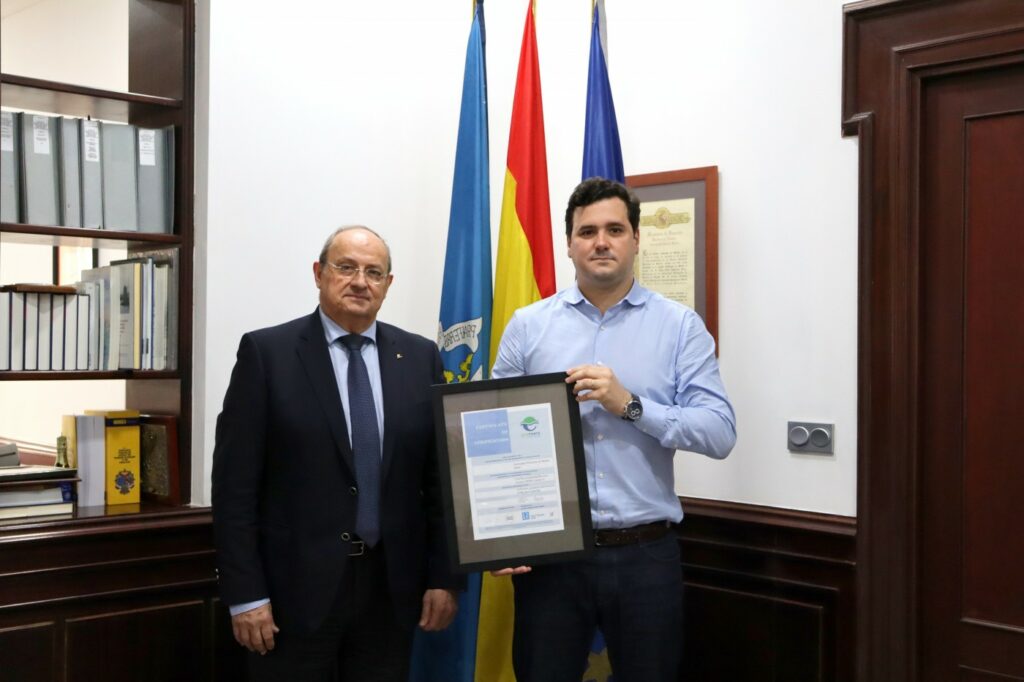