While the European Parliament gears up to vote on the FuelEU Maritime on Wednesday as the ‘Fit for 55’ package of legislative proposals enters its final stage, EU policymakers are being called to raise climate ambitions in the proposals.

Signatories of the Getting to Zero Coalition said that in this way the production and use of zero-emission fuels made from net-zero energy sources which include green and blue hydrogen, ammonia, methanol, and sustainable biofuels can be incentivized.

“Incentivizing the production and use of zero emission fuels this decade is critical if our ambition of having a global maritime industry run solely on net-zero emission fuels by 2050 is to be achieved. This 2050 ambition is shared by more than 240 shipping stakeholders that have signed the Getting to Zero Coalition’s Call to Action for Shipping Decarbonization as well as many countries and other organizations. But having a bold 2050 ambition is not enough. We need clear, short-term targets and the concrete actions that will take us there,” the coalition signatories said.

The coalition urged the European Parliament to consider creating incentives for the uptake of renewable fuels, by inter alia, including a sub-target and a multiplier for these renewable fuels as proposed by the EU Parliament’s Committee on Transport and Tourism.

Furthermore, it was proposed to increase the carbon intensity reduction targets in FuelEU Maritime complemented by corresponding supportive mechanisms to allow the maritime value chain to make the transition.

Finally, FuelEU Maritime should be strongly connected to EU ETS by ensuring that the zero-rating principle for renewable fuels use is extended to shipping. Further, it is absolutely critical for the implementation of FuelEU Maritime that revenue raised from shipping in EU ETS is reinvested to catalyze shipping decarbonization.

“When reinvesting ETS revenue, the EU Commission and Member States should explore the use of Contracts for Difference, an effective subsidy scheme that has already been proven in the offshore wind sector. A recent study for the Getting to Zero Coalition showed that we can reach five percent scalable zero emission fuels by 2030 in Europe by using around 15-20 percent of the shipping based ETS revenue,” the coalition members said.

European maritime actors are leading the way towards shipping’s full decarbonization, which has many co-benefits for Europe like job creation, innovation, global competitiveness, cleaner air, and energy security. At least 114 Europe-focused pilot projects for shipping are currently taking place, more than 60 European banks have signed up for the zero-emission banking initiatives, including the Poseidon Principles and the Net-Zero Banking Alliance, and 10 European countries have committed to developing green maritime corridors in the coming years under the Clydebank Declaration.

Nevertheless, the right incentivizing policies are crucial to unlocking investments, deployment, and scale-up of the technologies. Here the Fit for 55 package – especially FuelEU Maritime and ETS for shipping – can help address the fundamental price gap between fossil fuels and scalable zero-emissions fuels, which includes renewable fuels of non-biological origin (RFNBOs). Closing this price gap will incentivize production, distribution, and use of scalable zero emission fuels at scale, the coalition urges.

As explained, adopting ambitious EU policy will also send an important signal to the International Maritime Organization (IMO) and its members that it should set an ambition of zero emission shipping by 2050 in line with the Paris Agreement’s 1.5°C degree temperature goal when revising the IMO’s GHG Strategy next year.

“We agree and welcome the call for raising the climate ambition in the EU fit for 55 package and especially during the current Fuel EU Maritime deliberations, however, we do so from an energy perspective rather than a fuel centric one. Wind propulsion is a vital component + operational and vessel optimisation with the remaining energy requirement covered by eco fuels is a winning combination and one that can be adopted at scale, quickly. There should always be a level playing field where it comes to regulation promoting energy sources, whether they require extensive infrastructure build out, such as in the case of alternative fuels derived from wind and other renewables or by harnessing the wind directly,” Gavin Allwright, Secretary at International Windship Association, said commenting on the calls. 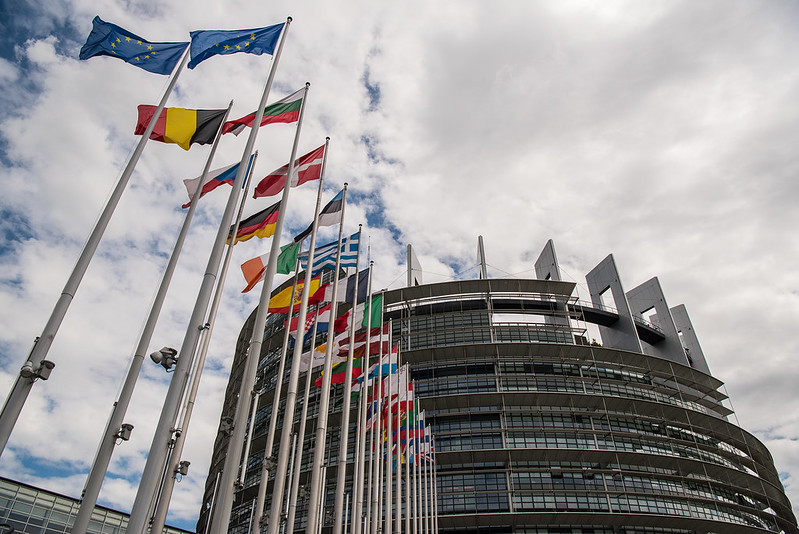