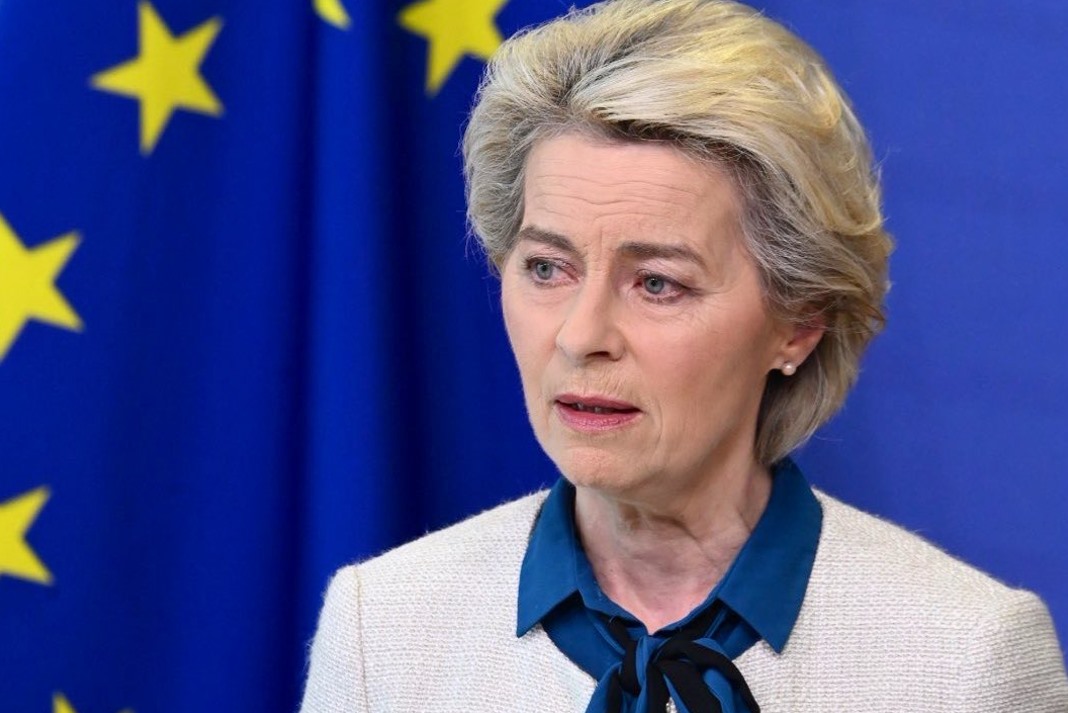 The European Commission (EC) has presented a plan on how the EU can rapidly reduce its dependence on Russian fossil fuels and fast forward the green transition.

The European Union’s REPowerEU plan came as a result of Russia’s invasion of Ukraine, highlighting the risks involved with being reliant on Russian fossil fuels, given that Russia produces and exports large amounts of oil and gas to the European states. An outline of the plan was revealed by the EC in early March 2022, noting that this could reduce Europe’s demand for Russian gas by two-thirds before the end of the year.

On Wednesday, the EC presented the REPowerEU Plan, representing the EU’s response to the hardships and global energy market disruption caused by Russia’s invasion of Ukraine. The EC emphasised that there is a double urgency to transform Europe’s energy system: ending the EU’s dependence on Russian fossil fuels and tackling the climate crisis.

According to EC, measures in this plan can respond to the ambition of phasing out Europe’s dependency on Russian fossil fuels faster through energy savings, diversification of energy supplies, and accelerated roll-out of renewable energy to replace fossil fuels in homes, industry, and power generation.

Commenting on the REPowerEU proposal, European Commission President, Ursula von der Leyen, said: “We can replace Russian fossil fuels by working on three levels: On the demand side, saving energy. On the supply side, diversifying our energy imports away from fossil fuels and accelerating the clean energy transition. Fortunately, we have the foundation for doing this already in place.”

She also added: “REPowerEU will help us to save more energy, accelerate the phasing out of fossil fuels and kick-start investments on a new scale. This will be speed-charging for our European Green Deal.”

Within point number one, energy savings, the commission proposes to enhance long-term energy efficiency measures, including an increase from 9 per cent to 13 per cent of the binding Energy Efficiency Target under the ‘Fit for 55′ package of European Green Deal legislation.

The EC also detailed short-term behavioural changes, which could cut gas and oil demand by 5 per cent, and encouraged member states to start specific communication campaigns targeting households and industry. The Commission also sets out contingency measures in case of severe supply disruption.

When it comes to point number two – diversification of supplies – the EU has been working with international partners to diversify supplies for several months and has secured record levels of LNG imports and higher pipeline gas deliveries.

The newly created EU Energy Platform will enable voluntary common purchases of gas, LNG, and hydrogen by pooling demand, optimising infrastructure use and coordinating outreach to suppliers. As a next step, the Commission will consider the development of a ‘joint purchasing mechanism’ which will negotiate and contract gas purchases on behalf of participating member states.

Furthermore, the EU External Energy Strategy, adopted today, prioritises the EU’s commitment to the global green and just energy transition. In the Mediterranean and the North Sea, major hydrogen corridors will be developed.

However, the EU’s plan was criticised by Transport & Environment (T&E), a clean transport campaign group, as it contains no measures to immediately implement oil demand reductions despite aiming to achieve a 5 per cent reduction in short-term oil and gas demand.

“As it stands, REPowerEU will do little to prevent a simple shift from dependence on Russia to dependence on Saudi Arabia,” T&E said in a statement on Wednesday.

Pointing out that, despite being bullish on hydrogen, the EU has failed to target aviation and shipping specifically, Krajinska added: “We’ll need to assess whether these new goals are achievable but one thing is perfectly clear: hydrogen should go first to sectors like aviation and shipping where direct electrification is not an option.

Massive scaling up of renewables

The third point of the plan, the accelerated roll-out of renewable energy to replace fossil fuels, entails a massive scaling-up and speeding-up of renewable energy in power generation, industry, buildings and transport. This is expected to accelerate the EU’s independence, give a boost to the green transition, and reduce prices over time. The Commission proposes to increase the headline 2030 target for renewables from 40 per cent to 45 per cent under the Fit for 55 package.

This overall increased ambition will create the framework for other initiatives. Among others, these include a strategy to double solar photovoltaic capacity by 2025 and install 600GW by 2030 and a Commission recommendation to tackle slow and complex permitting for major renewable projects. Dedicated ‘go-to’ areas for renewables should be put in place by the member states with shortened and simplified permitting processes in areas with lower environmental risks.

Energy savings, efficiency, fuel substitution, electrification, and enhanced uptake of renewable hydrogen, biogas and biomethane by industry could save up to 35 bcm of natural gas by 2030 on top of what is foreseen under the Fit for 55 proposals, the EC said.

The Commission will roll out carbon contracts for difference to support the uptake of green hydrogen by industry and specific financing for REPowerEU under the Innovation Fund, using emission trading revenues to further support the switch away from Russian fossil fuel dependencies.

The Commission is also giving guidance on renewable energy and power purchase agreements and will provide a technical advisory facility with the European Investment Bank. To maintain and regain technological and industrial leadership in areas such as solar and hydrogen, and to support the workforce, the Commission proposes to establish an EU Solar Industry Alliance and a large-scale skills partnership.

Delivering the REPowerEU objectives requires an additional investment of €210 billion between now and 2027 while cutting Russian fossil fuel imports can also save almost €100 billion per year.

To support REPowerEU, €225 billion is already available in loans under the Recovery and Resilience Facility (RRF). The Commission adopted legislation and guidance today on how to modify and complement their RRPs in the context of REPowerEU.

In addition, the Commission proposes to increase the RRF financial envelope with €20 billion in grants from the sale of EU Emissions Trading System allowances currently held in the Market Stability Reserve, to be auctioned in a way that does not disrupt the market. As such, the ETS not only reduces emissions and the use of fossil fuels, it also raises the necessary funds to achieve energy independence, according to the Commission.

Following the presentation of the plan by the EC, environmental organisations shared their views on it. Greenpeace said the plan will “continue to bankroll conflict, human rights abuses, and environmental destruction while leaving people in Europe with high energy bills.”

Greenpeace noted the plan focuses on diversifying Europe’s imports of oil, gas and uranium from suppliers other than Russia, rather than ending Europe’s dependence on these fuels.

Greenpeace EU climate and energy campaigner, Silvia Pastorelli, said: “These plans will further line the pockets of energy giants like Saudi Aramco and Shell, who are making record profits on the back of the war, while people in Europe struggle to pay the bills.”

The Sierra Club, America’s environmental organisation, is of a similar opinion when it comes to the REPowerEU plan.

In response, the Sierra Club’s Senior Director of Energy Campaigns, Kelly Sheehan, said: “This new plan from the EU affirms that now is a critical moment to invest in a rapid transition to affordable clean energy, not double down on fossil fuels. The gas industry is seeking to use the current geopolitical turmoil to justify a massive expansion of new fossil fuel infrastructure, but it’s clear that new gas export facilities would fail to address short-term energy needs and would only serve to lock in decades of reliance on dirty fossil fuels at a time when our climate and communities can least afford it.

“The Biden administration must not fall for the industry’s false solutions, and instead prioritize investments in energy efficiency and clean, renewable energy.” 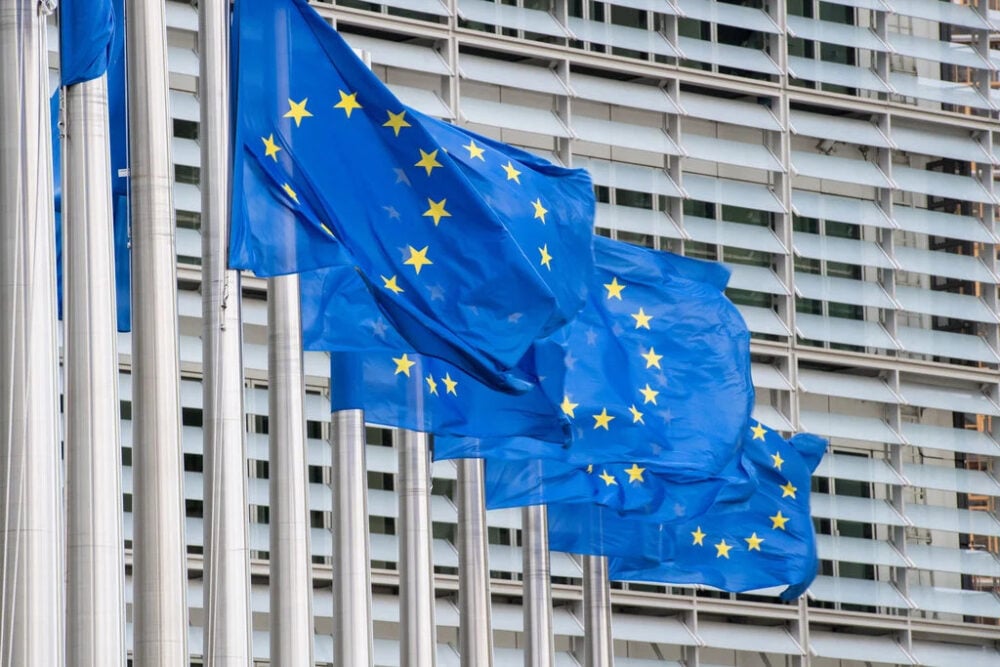