Photo: Ever Given; Image credit: SCA

Ever Given to arrive in Rotterdam day later than expected

The containership Ever Given, which blocked the Suez Canal in March, is expected to arrive at the Port of Rotterdam on 29 July 2021, one day later than it was initially planned.

According to the port, the ship is scheduled to arrive at the ECT Delta terminal on the south side.

The ship is expected to stay there until early August to unload and load containers.

Once the loading process is finished, it will continue its voyage to Felixstowe, England.

According to Marine Traffic data, the ship is currently sailing through the English Channel.

On its voyage, the giant containership was forced to miss Hamburg port call due to concerns regarding navigation safety, ship’s operator Evergreen revealed.

Evergreen also noted that the cargo planned to be discharged in Hamburg will be unloaded in Rotterdam and transshipped to the destination port.

Owned by Japanese Shoei Kisen Kaisha and chartered by Evergreen Marine Corporation, the Panama-flagged boxship ran aground on 23 March, blocking the waterway for six days and causing a massive gridlock for the global trade. 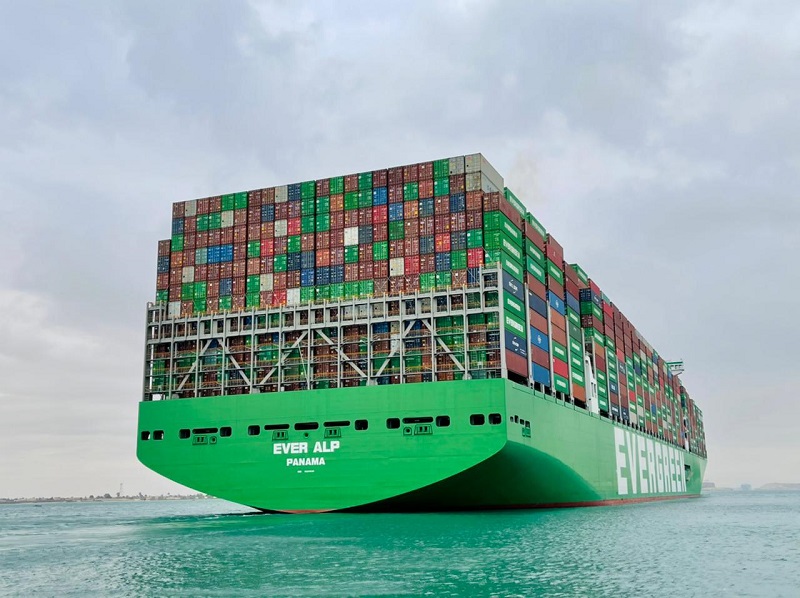 Spotted: 24,000 TEU Ever Alp transits Suez Canal on its maiden voyage
Posted: 4 months ago
Rotterdam to provide 4.6 mt of hydrogen by 2030
Posted: 18 days ago
VIDEO: Timeline of Ever Given crisis management
Posted: 3 months ago
Ports of Duisburg and Rotterdam looking to establish hydrogen hubs
Posted: 17 days ago
Gidara Energy sets up Advanced Methanol Rotterdam facility
Posted: about 1 month ago