Italian shipbuilder Fincantieri has delivered today at its Marghera shipyard the Koningsdam, the newest ship of Holland America Line, a brand under Carnival Corporation & plc.

The new ship will officially be presented on Saturday, April 2nd in a handover ceremony.

According to Fincantieri, the ship’s technology is aimed at optimizing energy efficiency and minimizing environmental impact and it responds to the most demanding and current safety regulations.

At 99,800 gross tons, almost 300 meters long and with accommodation for up to 2,650 passengers on board, the new Pinnacle class ship is the 15th vessel built by Fincantieri for Holland America Line.

The first one was constructed six years ago, the Nieuw Amsterdam, which was delivered in Marghera in 2010.

The announcement on the delivery coincides with the new order Fincantieri received from Norwegian Cruise Line Holdings for a sister ship to Seven Seas Explorer, to be built for the company’s cruise arm Regent Seven Seas Cruises.

Fincantieri has built 72 cruise ships since 1990 including the ship delivered today, 60 of which for Carnival’s different brands, while other 13 ships are currently being designed or built in the group’s yards. 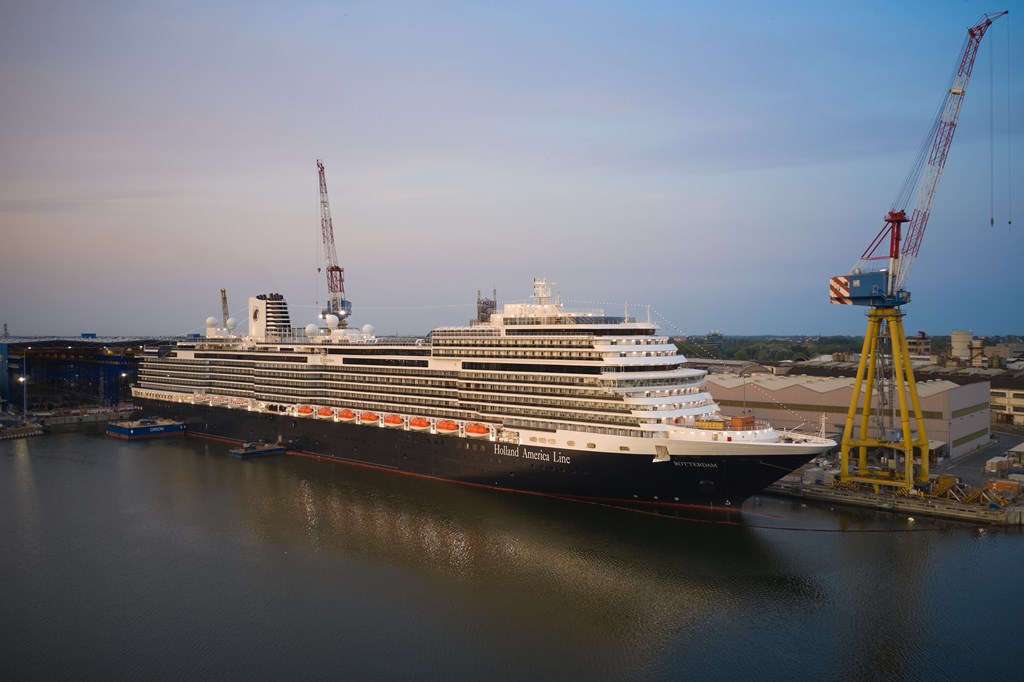