Fire Breaks Out on Board Bulker in Italy

A fire has been reported on board a bulker while the vessel was moored at the Port of Civitavecchia, Italy.

The fire erupted on Wednesday evening in the ship’s cargo hold number 7, local media reported. The 79,500 dwt bulker is fully-laden.

According to information provided by the Italian firefighting authority, the fire has been extinguished and activities are underway on cooling and recovering the coal.

There have been no injuries or intoxication cases reported.

The latest AIS data of the 2010-built ship shows that Golden Eclipse remains moored at the spot. 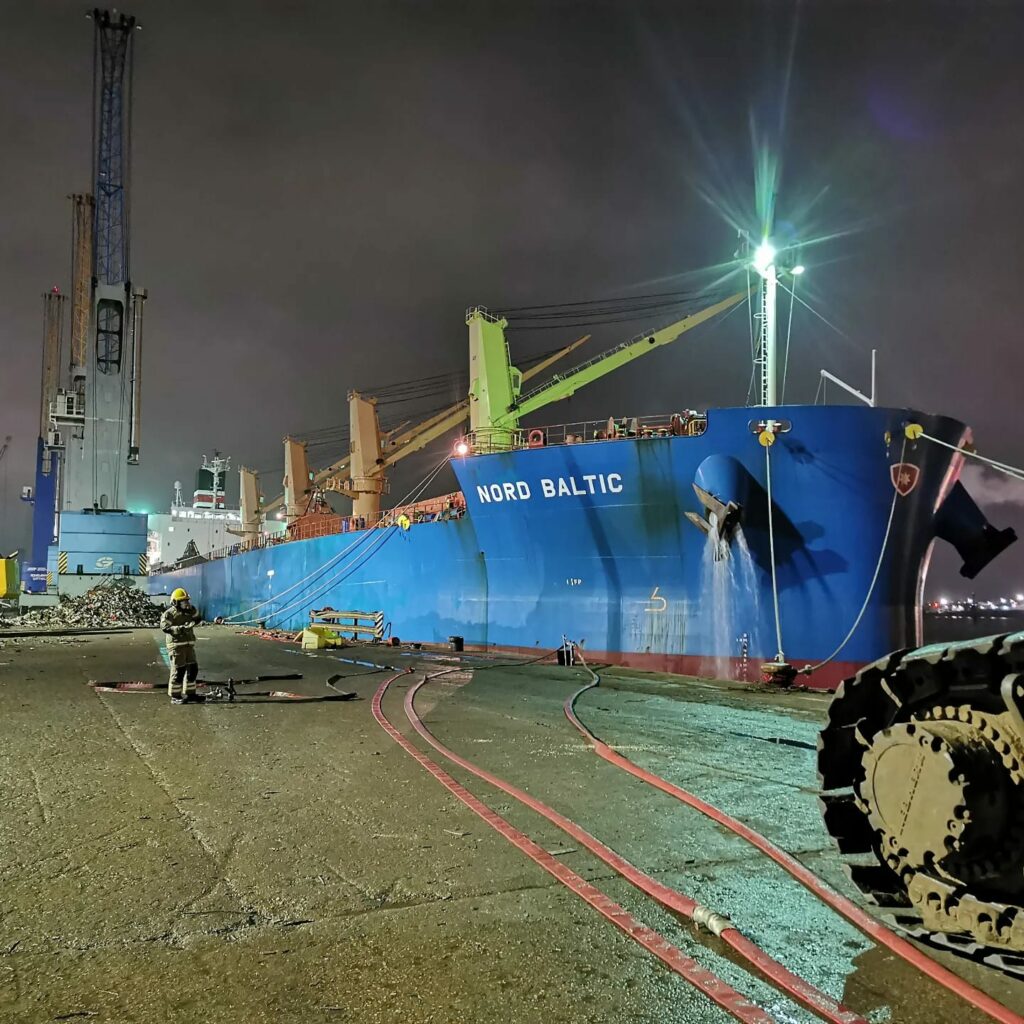 Fire erupts on Danish bulker at UK port
Posted: 5 months ago
VIDEO: Fire erupts on Grimaldi ferry off Italy, hundreds evacuated
Posted: 4 months ago
Two Norwegian players to explore the use of hydrogen as ‘fuel for the future’ in maritime sector
Posted: about 1 month ago