This vessel will provide the now evolving U.S. offshore wind industry with a much needed and cost competitive marine logistic solution, converting a Jones Act compliant asset aligned with the conclusions from the European offshore wind learning curve for installing and/or maintaining wind turbines.

The Jones Act vessel is designed to navigate the New Bedford Hurricane Barrier and will carry and install in this configuration components for at least three complete 6-9 megawatt (MW) range wind turbines. The vessel’s jacking system will be rated at a capacity of 16,000 tons.

Discussions with U.S. shipyards in the Gulf of Mexico and along the U.S. East Coast predict delivery no later than the fourth quarter of 2018. The unit will be constructed utilising U.S.-built components such as barge, legs, spud cans and propulsion.

”The deployment of a U.S. flagged vessel is a positive sign and a step in the right direction for the offshore wind industry in the U.S.,” said Thomas Brostrøm, President of DONG Energy North America.

”This will help in the creation of a sustainable supply chain that includes several suppliers and we welcome initiatives such as this from serious market players in the industry.”

According to the Jones Act, all goods transported by water between U.S. ports need to be carried on U.S.-flagged ships, which were constructed in the U.S, owned by U.S. citizens, and crewed by U.S. citizens and U.S. permanent residents. 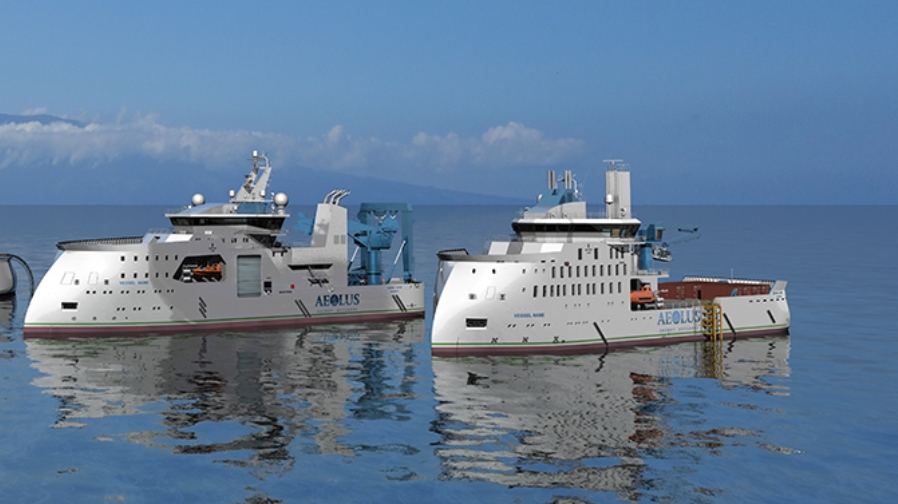