First sets of robots from Nauticus fleet coming by year-end

Nauticus Robotics is set to launch the first sets of Hydronaut – Aquanaut robots from its planned Nauticus Fleet by the end of this year.

These tandem pairs will be deployed in multiple offshore industries serving applications ranging from subsea maintenance and intervention to data collection activities.

The Nauticus Fleet will comprise a total of 20 Hydronaut – Aquanaut pairs.

Nauticus Robotics announced the initial production run of the Nauticus Fleet, with the first sets of robots to be delivered in Q4 2022 and the remainder being fulfilled by the end of 2024.

The surface aspect of the fleet is Hydronaut, an 18-meter optionally crewed autonomous surface vessel (ASV) that supports the launch, recovery and real-time operations of Aquanaut, its undersea robotic counterpart.

Aquanaut is a fully electric, free-swimming subsea robot, controlled through acoustic communication networking and can perform a range of data collection, inspection, and manipulation tasks.

It can operate in two separate modes – transforming itself between the excursion and intervention configurations. Excursion mode involves the usage of data collection and perception sensors during transit, while intervention mode uses two electric work-class manipulators (Nauticus’ Olympic Arms) to perform work in the subsea environment.

“Nauticus Fleet represents the most promising operational and technological step changes in this industry,” said Nicolaus Radford, CEO of Nauticus. “We are on a mission to create a future where more autonomous and intelligent robots are used to significantly reduce environmental impact and human exposure to hazards, while at the same time improving the bottom line for our clients.”

The cooperative pairing of both surface and subsea robots is enabled by ToolKITT, Nauticus’ autonomous software platform.

Nauticus said it is also currently planning regional operations within the Gulf of Mexico, Norway, the UK and Brazil. 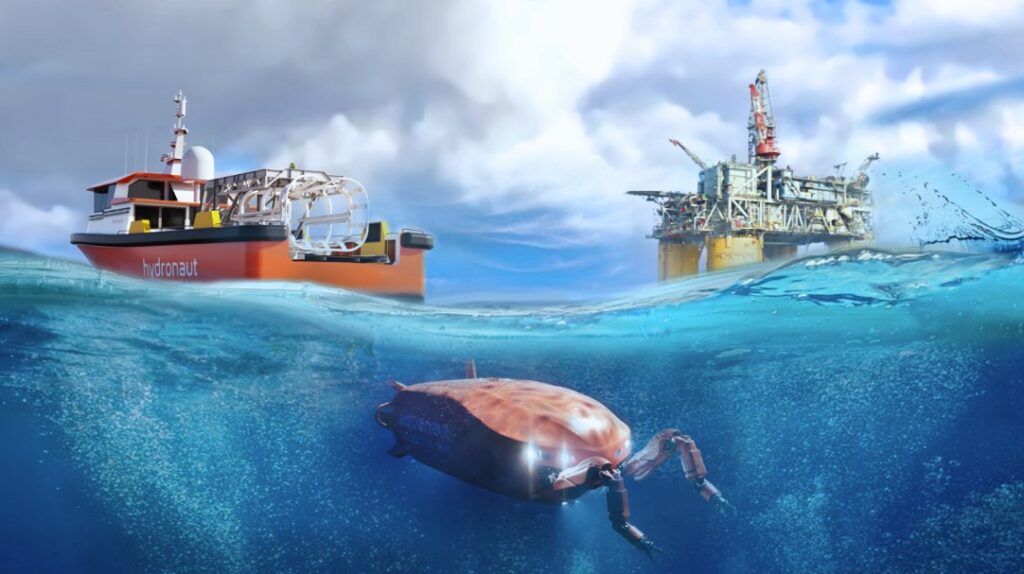