Gardline has started a site survey over the Providence Resources-operated Barryroe oil accumulation located offshore Ireland despite Providence not having received its promised loan from the Chinese partner APEC.

The Standard Exploration Licence (SEL) 1/11, which contains the Barryroe oil accumulation, is operated by EXOLA (40%), a wholly-owned Providence subsidiary, on behalf of its partners, APEC and Lansdowne (10%).

The area lies in c. 100-meter water depth in the North Celtic Sea Basin and is located c. 50 km off the south coast of Ireland.

On August 9, 2019, the Barryroe partners confirmed they had received permission from the Minister of State at the Department of Communications, Climate Action and Environment to undertake a seabed debris clearance, environmental baseline and habitat assessment site survey over the area of the Barryroe field.

On Wednesday, September 4 Providence confirmed that Gardline’s M/V Kommandor survey vessel had mobilized to SEL 1/11 where it would undertake a seabed debris clearance, environmental baseline, and habitat assessment site survey over the area of the Barryroe field.

The projected program provides for a minimum of two locations to be surveyed at this time with the scope to increase the number of locations upon receipt of the APEC loan amount. The site survey is expected to take up to three weeks, depending on operating conditions.

It is worth reminding that Providence on Tuesday granted another extension to APEC for the receipt of a loan, which was supposed to be used for the site survey and pre-drill well consenting for the Barryroe.

Providence also issued written notice to APEC that, should the APEC loan amount not be received by the close of business on that date, the company reserves the right to end exclusivity, while also considering all legal remedies available to it against APEC for contract non-performance, including the re-assignment of equity in SEL 1/11. 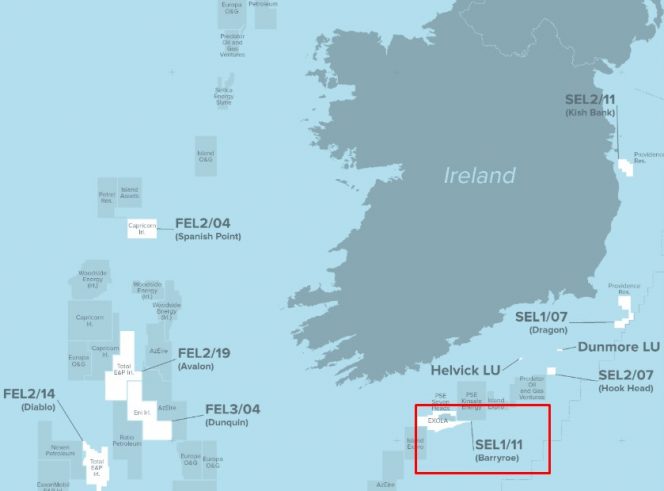