SEL 1/11 is operated by EXOLA (40%), a wholly-owned Providence subsidiary, on behalf of its partners, APEC Energy Enterprises Limited and Lansdowne (10%). The area lies in c. 100 meter water depth in the North Celtic Sea Basin and is located c. 50 km off the south coast of Ireland.

The Barryroe partners confirmed on Friday that they had received permission from the Minister of State at the Department of Communications, Climate Action and Environment to undertake a seabed debris clearance, environmental baseline and habitat assessment site survey over the area of the Barryroe field within SEL 1/11.

Providence said that, pursuant to the terms of the updated farm-out agreement with APEC, and subject to the receipt of funding from APEC or alternative financing arrangements being put in place, the site survey is expected to start later this month.

On June 5, 2019, Providence announced that APEC, EXOLA, and Lansdowne had agreed certain amendments to the farm-out agreement for the Barryroe Project, including a revised backstop date with APEC for receipt of the $9 million loan advance to June 14, 2019, which was subsequently extended through various extensions to August 2, 2019.

Earlier this week, the Barryroe Partners agreed to a further backstop extension of on or before August 12, 2019.

In addition, Providence announced it would lay off all of its technical and support staff and downsize its board while waiting on the loan to cover the costs of the Barryroe survey and pre-drill well consenting. 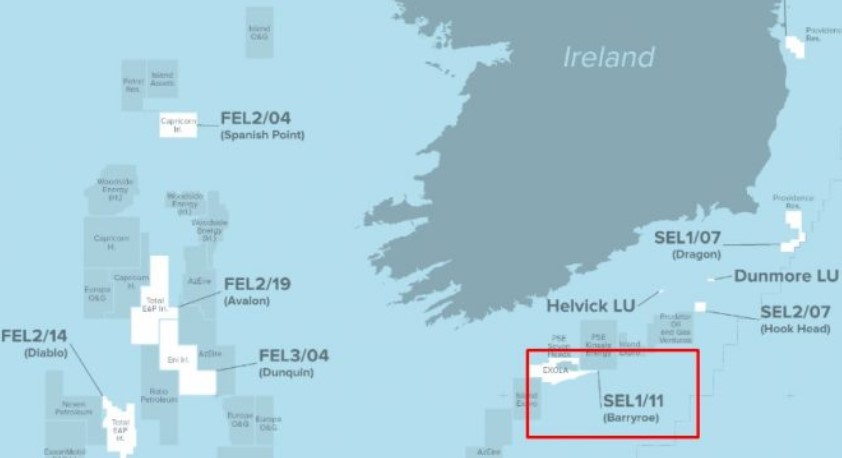