Swedegas, which is currently constructing a permanent LNG facility at the Port of Gothenburg, has entered into an agreement with gas supplier Barents NaturGass for the facility.

This means that in just a few months, vessels will be able for the first time to bunker LNG at the permanent facility at the port.

“Gothenburg based shipping companies have been amongst the first to adopt LNG in Sweden. Several vessels have already been built and launched which are ready to run on LNG. We are keen to start our LNG supply services and meet the customer’s needs,” Gudrun Rollefsen, CEO of Barents NaturGass, commented.

LNG supplier Skangas is already operating at the Port of Gothenburg, supplying ships with LNG using a ship-to-ship-system.

“We can see that the demand for LNG will increase at the Port of Gothenburg, and it is vital that the number of alternatives continues to grow. With the Swedegas facility, the port will have more LNG choices than previously on a competitive market with several gas suppliers, whilst at the same time there will be a larger range of bunkering methods,” Jill Söderwall, Head of Commercial Operations at the Energy Port, commented.

With the opening of the Swedegas facility in August, LNG customers at the Port of Gothenburg will have three bunkering alternatives: ship-to-ship, directly from a road truck, and pipe-to-jetty. All three methods can be employed whilst the vessels are loading or unloading, according to the port.

The facility is being built at the quayside at the Energy Port at the Port of Gothenburg, where vessels can bunker LNG while loading or unloading. The LNG will be brought to the facility using trailers or containers, which will unload at a discharge station. The LNG will then be distributed via a vacuum-insulated cryogenic pipeline to the quays in the Skarvik area at the Energy Port.

In autumn 2016, the first LNG bunkering took place at the port, and since then the number of LNG-powered ships has gradually increased. In 2017, 111 LNG ships called the Port of Gothenburg. From January through April of 2018, LNG was bunkered 44 times. 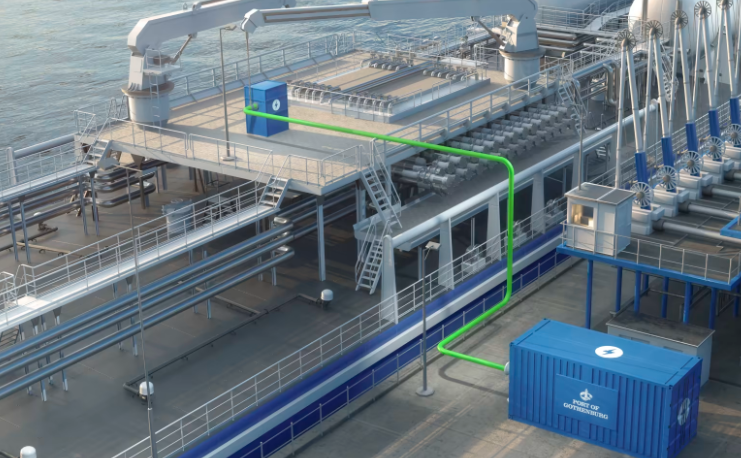