The Nordic energy company Gasum and its compatriot Oulun Energia have teamed up together to build a biogas facility.

The plant will be built in conjunction with Oulun Energia’s Laanila eco power plant. The biogas plant would use the biodegradable material in municipal waste as the feedstock to produce liquefied biogas (LBG) for use as a road fuel, Gasum said in its statement.

The Laanila plant would be the second LBG production plant in Finland.

In the joint Laanila biogas plant project, Oulun Energia plans to invest in a waste processing unit to separate around 45,000 tonnes of biodegradable material from around 130,000 tonnes of annual household general waste.

Gasum would be responsible for processing biodegradable waste into biogas and refining it into a road fuel. When completed, Gasum’s new Laanila biogas plant will produce around 40 GWh of biogas a year.

This additional production would be sent to Laanila for liquefaction and would bring the total annual amount of liquefied biogas production in Oulu to 60 GWh.

“Our new biogas plant project will produce enough liquefied biogas to replace diesel as a fuel in about 120 trucks. It is difficult to electrify heavy-duty vehicles. Biogas can cut traffic emissions by up to 90 per cent compared to diesel. There is growing interest in the emissions reductions enabled by use of biogas as a road fuel. No investment decision has yet been taken”, says Ari Suomilammi, director, Circular Economy Finland, Gasum.

The Ministry of Economic Affairs and Employment granted Gasum with €7.94 million ($9.43 million) investment aid, which is intended for large-scale demonstration projects that provide new energy solutions aimed at reaching 2030 national and EU targets. 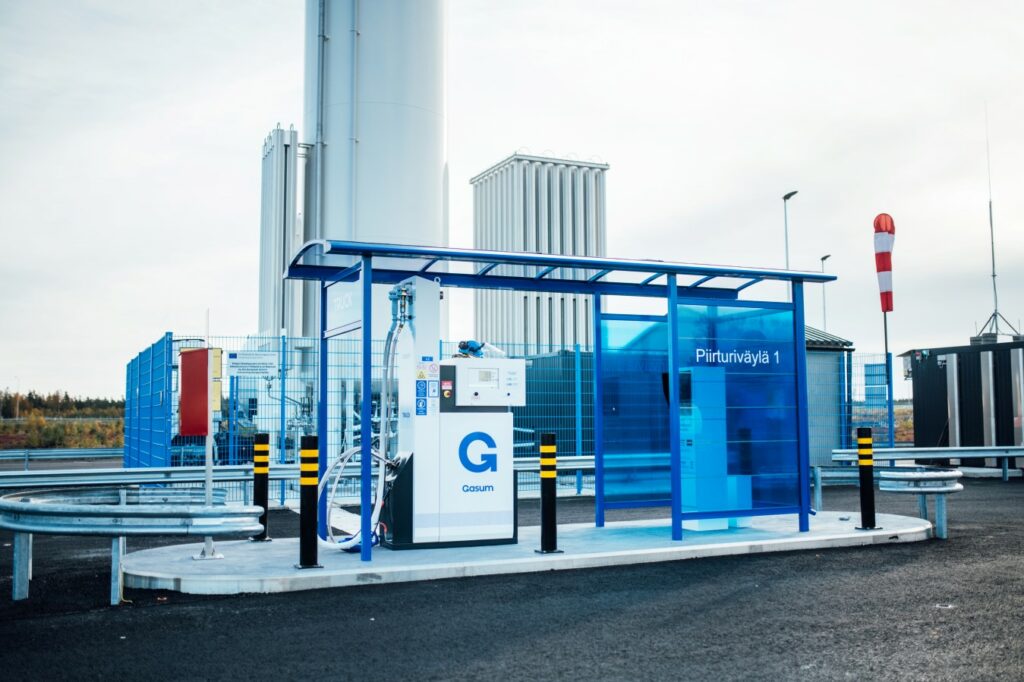