Gasunie and Fluxys are working on the development of national hydrogen networks in the Netherlands and Belgium respectively. These networks will be interconnected in the North Sea Port area, which goes from Ghent to Vlissingen and Terneuzen.

In the future, the Dutch-Belgian connection will supply hydrogen to companies in the 60-kilometre-long port area. Gasunie, Fluxys, and North Sea Port, therefore, signed agreements on this on 17 May 2022.

Fluxys and Gasunie are preparing the construction of a hydrogen network on both sides of the border. All interested companies can connect to the network, the companies stated.

The goal is to have the networks operational in 2026 and then to connect them at the border.

The connection will create one of the first cross-border H2 networks in Europe, according to Gasunie. It will take place in Sas van Gent in the Netherlands and Zelzate in Belgium.

In addition, the cross-border connection will make an important contribution to the development of the entire hydrogen chain in the port area; from the supply of H2 via production and import to storage and consumption by industry. It also offers companies access to a large hinterland, other industrial clusters, and ports in Europe.

This specifically ties in with the ambitions of Europe, the Netherlands, and Belgium to be climate-neutral by 2050.

“Gasunie is busy developing a national hydrogen network. Connections to neighbouring countries are crucial in this regard. This will enable the hydrogen market to reach maturity and will help to ensure security of supply in north-western Europe,” says Helmie Botter in conclusion. 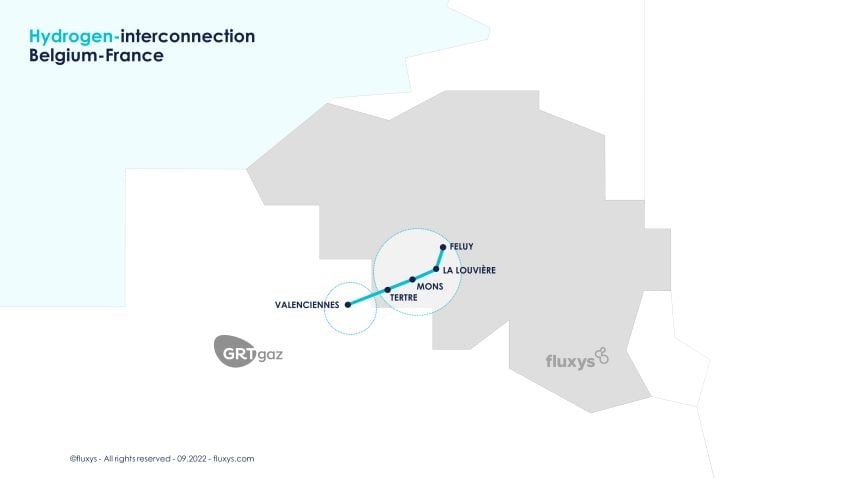